Evco 1A Fastpitch: Montesano sweeps Forks in a big twin bill on Wednesday 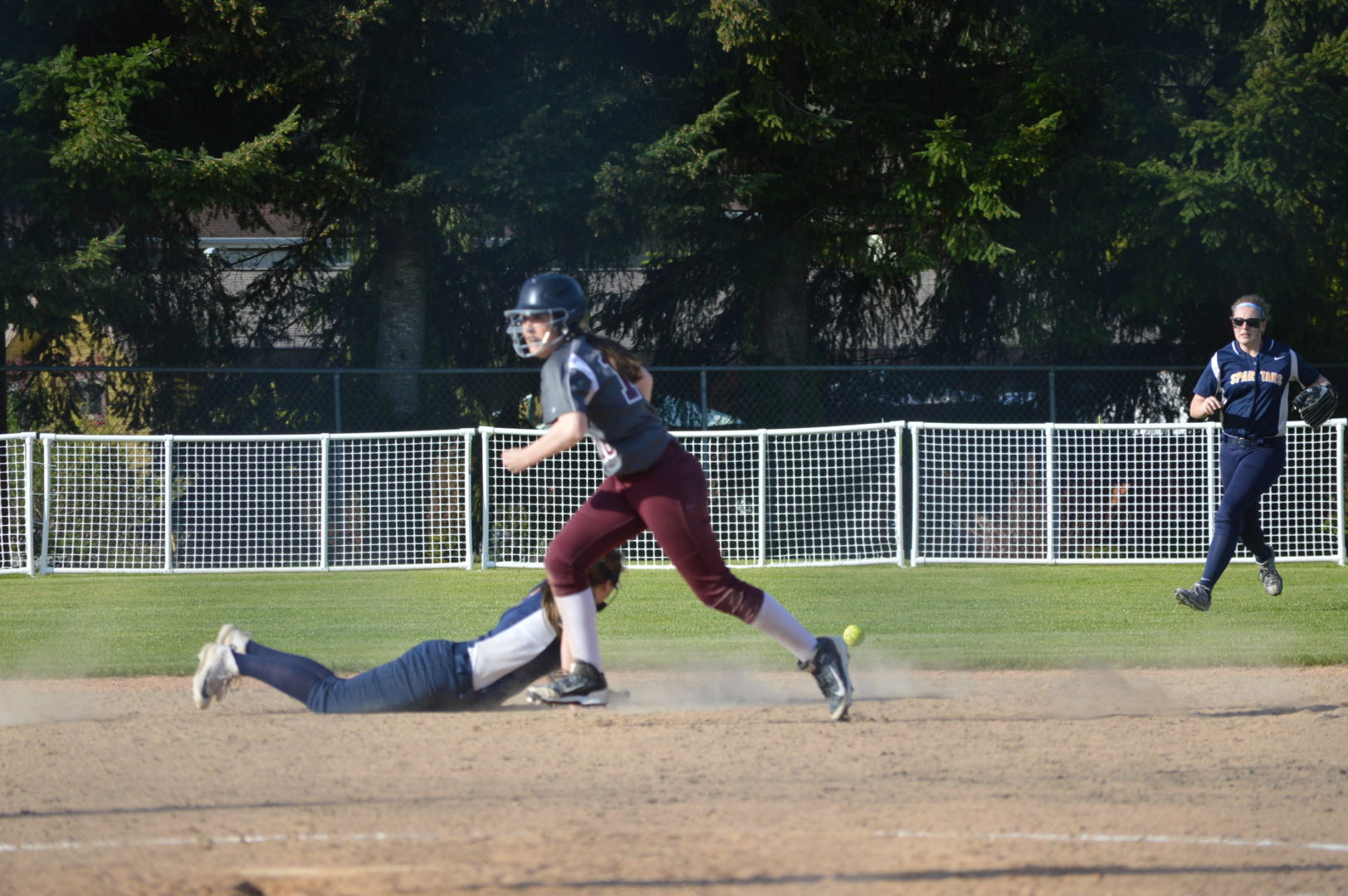 (Montesano, WA) The Montesano Bulldogs have been on quite a roll in 2018 and were looking to continue that run with a pair of afternoon games on Wednesday. Forks had a great non-league beginning but have struggled in league play and were looking to try and pull off at least one upset.

In game 1 the 2 teams battled through 2 innings scoreless with both starting pitchers, Lindsay Pace for Montesano and Brittney Dean for Forks, controlling the game. The Bulldogs would get to Dean in the bottom of the 3rd when Emma Jensen led off with a single followed by a walk to Abi Parking. Samantha Stanfield then drove home Jensen with an RBI single and was followed by a 2 RBI double from Pace, helping her own cause. Katie Granstom knocked in Pace with her own double and Monte took a 4-0 lead.

They would add 4 more runs in the 4th inning led by a 2 RBI triple from Matti Ekerson. Sam Stanfield followed with an RBI sac fly to empty the bases. Pace then singled and Peyton Poler knocked her in with a single to make it 8-0 after 4. The Bulldogs would finish off the game with a run in the 5th when Jessica Stanfield led off with a single and scored on a ground out by Jensen. The Bulldogs won the game in the bottom of the 6th with the 10th run being scored by Pace on an error to post the final 10-0 win.

Our Pacific Sports Spa Players of the Game went to Lindsay Pace for Monte and Forks’ Jayden Olson and our Thorbeckes Sportsmanship Award went to the Bulldogs Katie Granstrom.

In game 2 the Bulldogs were the visitors on the scoreboard and took a 2-0 lead in the top of the 1st inning. Abi Parkin led off with base hit and then a walk to Pace moved her to 2nd. Parkin tried to steal 3rd but was caught with a great throw by Rian Peters to Jayden Olson. Sam Stanfield then singled with 2 outs followed by a bases clearing triple from Peyton Poler for the 2-0 lead.

Forks pitcher Chloe Leverington then settled down and held the Bulldogs scoreless for 3 innings. Montesano starter Sam Stanfield came out blazing retiring the first 13 batters in order. Stanfield and Pace gave her plenty of room for error in the 5th as the Bulldogs erupted for 7 runs. Katie Klinger led off with a single, Parkin then singled followed by Ekerson to load the bases. Pace stepped up and worked the count full and then delivered a massive shot over the right-center fence for a Grand Slam. Sam Stanfield then stepped up and hit one even further over the fence in dead center for the 5th run of the inning but they weren’t done yet. Poler singled and so did Granstrom. Jessica Stanfield then ripped a base shot for an RBI and Lexi Lovell finished it off with a squeeze bunt base hit scoring Granstrom to make it 9-0.

Forks would get their 1 run of the day in the bottom of 5 with 1 out Elliahna Kilmer singled and moved to 3rd on a grounder by Leverington that got buy Lovell for the error. leverington then tried to steal 2nd but was thrown out by poler but gave up the run to Kilmer to make it 9-1. Monte added 5 insurance runs in the top of the 6th. 3 striaght base hits loaded the bases but Forks picked off the runner at 1st for 1 out. Pace then walked to re-load the bases and Katie Granstrom delivered a single driving in 2. Jessica Stanfield then cleared the bases with a deep shot over the fence with a bases clearing 3 RBI home run to end the scoring. Sam Stanfield then struck out the side 1-2-3 to end the game 14-1.

Our Pacific Sports Spa Players of the Game went to Sam Stanfield for Montesano and Rian Peters for Forks and our Thorbeckes Sportsmanship Award went to the Bulldogs’ Peyton Poler.