District 4 1A Soccer Tournament: LaCenter vs United for Title; Hoquiam vs Col-White Salmon in loser out 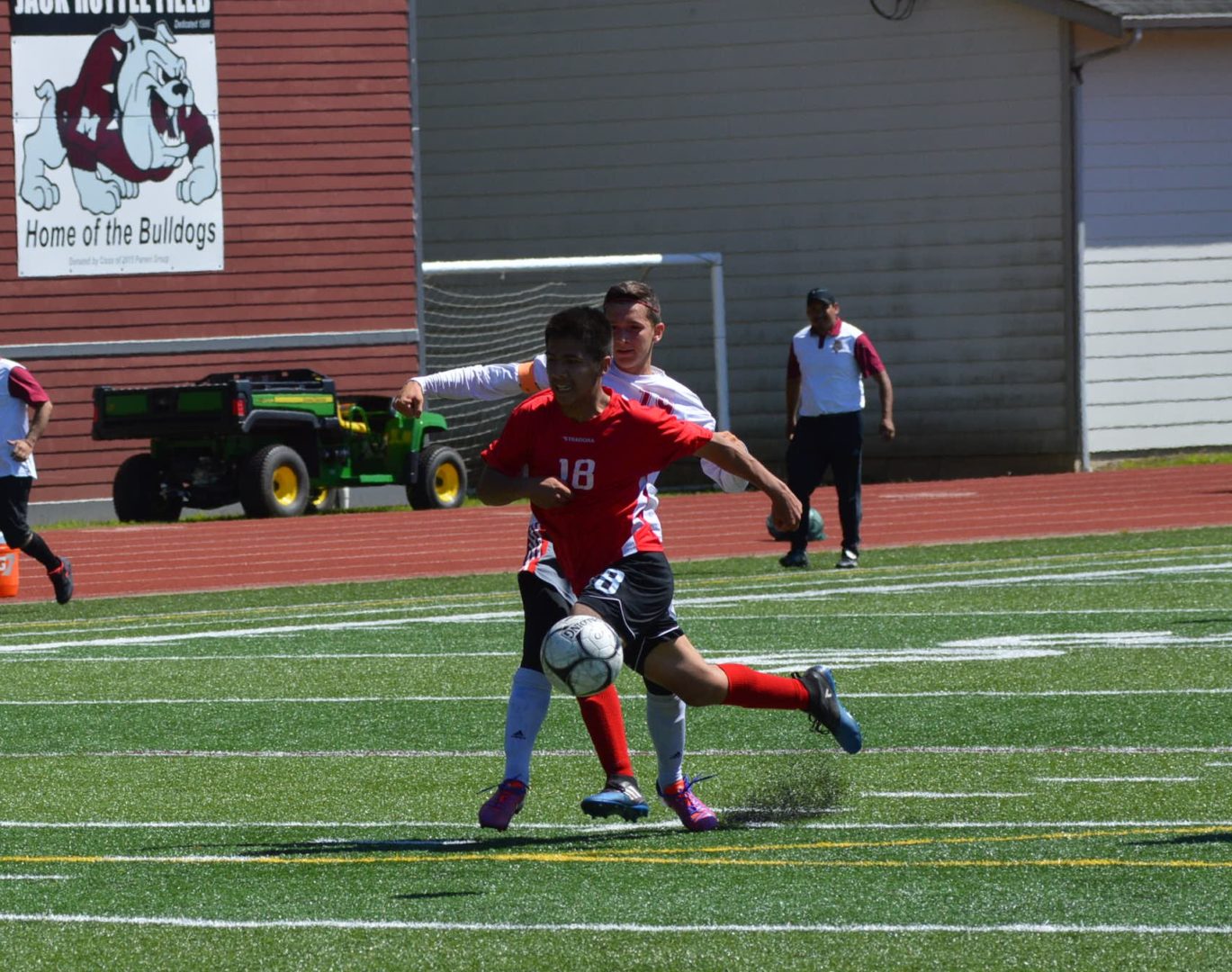 District Championship (Both to State)

Both teams already qualified to the State tournament but United had defeated La Center both times in league play. The Wildcats got revenge and took the District title over the Trico league champs. The Wildcats will host Seattle Academy in the opening round with day, time and location still to be determined. United also will get to host and they will face Colville with day, time and location TBD.

(Montesano, WA) Under perfect conditions these two knew they had their season on the line with the winner advancing to State and the loser going home for the year. In the first half the two teams certainly were sizing each other up with each team taking threatening runs.

The Bruins of Columbia-White Salmon attacked first and found some chances against the Grizzly back line but the shots were not on goal and sailed high and wide. Hoquiam keeper Jonny Smith did a nice job of positioning forcing the Bruins into more selective shots. As the half moved on Hoquiam’s defenders James Courneya, Ryan Cole, Riley Jackson and Dylan Baker settled in and denied the over the top offensive attack of the Bruins. On the flip side the Hoquiam defense also was stellar with Jonny Smith in goal and defenders led by James Courneya and Ryan Cole. They would go to the break scoreless.

All the scoring would happen in the 2nd half and C-WS struck first on a Finn Coffin goal from a great crossing pass from Jose Eudave. The goal in the 58th minute felt like it could be a game winner but the Grizzlies had an answer. Connor Darras set up the equalizer in the 69th minute witha nifty pass to Naz Mazaringos who connected with a perfect shot to tie the match at 1-1. This would hold through 80 minutes of regulation and the 1st 5 minute golden goal overtime period. In the 88th minute it all came to an end when Brandon Alfaro shot from the top of the box ripped a shot to the far post for the game winner.

The Bruins will travel this week to face the defending State Champions Overlake in the opening round on Tuesday at 6 at Sammamish High School. Hoquiam had their season come to an end. Our Pacific Sports Spa Players of the Game went to the Bruins Jose Eudave and the Grizzlies Conner Darras. Our Thorbeckes Sportsmanship Award went to C-WS’s Brandin Alfaro.

A re-cap of this game in the Columbian

First Round (Loser Out)