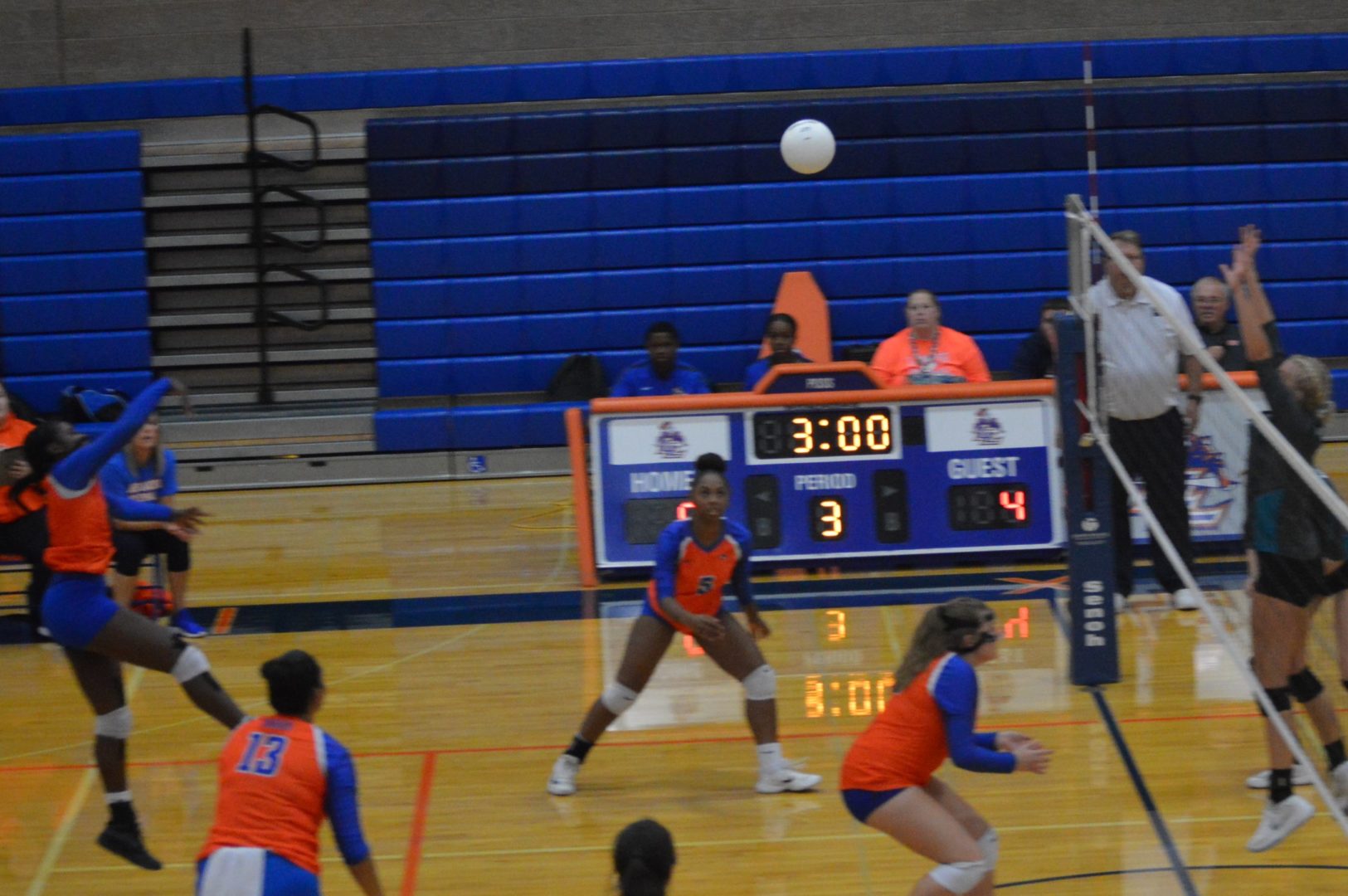 (Lakewood, WA) The Lakes Lancers had their sights set on making a run at the top 2 positions in the highly competitive PCL coming into the the Wednesday match a half game behind Spanaway Lake for 2nd and tied with Stadium for 3rd. Bonney Lake was trying to hold on to the all important 5th place the final place to get into post season. After this match the Panthers now are looking for an even high placing with a little less than half the PCL league schedule to go.

In their first meeting the Lancers handled the Panthers 3-1 and no doubt were confident in defending their home floor but BL had other ideas. In the 1st set they zipped out to a 5 point lead as early as 11-6 but Lakes would make a run and tie it at 17 with Abby Pannell serving. Then with a 19-18 lead BL got a huge ace from Silke Constant and pushed the lead to 22-19. From there they closed it out to win 25-20. Olivia Heald also had some outstanding setting and front line play.

In the 2nd set it looked like the Lancers had finally found their groove and were battling back and forth. The biggest issue for the Lancers was keeping serves and kills in play, many shots were hit underneath sending them long and not by just a little bit but missing quite significantly. Lakes then got a shot in the arm from an unlikely source a Freshman, JV player Nisyalie Rolon who waas inserted to serve with Lakes trailing 16-14. The Frosh quickly earned respect reeling off 5 striaght points and left the match with the Lancers now leading 19-17. But the Panthers would not bend and came back to force overtime and finished with with a brilliant ace from Heald and BL had taken a commanding 2-0 lead.

In the 3rd set BL just simply never faltered with each server scoring a point and none really going on long runs. Lakes did have to make several runs to pull even or take a short lead but the Panthers would not allow them to get to far away and remained consistent with strong overall play from Brooke Nelson, Ava Constant and Marissa Berry. Nicolette Pavalunas then gave the Panthers enough room to close it out with a 3 point run with the score tied at 21 and included an ace to push the game to match point 24-22. On Lakes’ Baylee Blau’s 2nd serve she got too much muscle on it and it went long for the match clinching point.

Bonney Lake is now 4-4 in league play and 4-5 overall but have now won 4 of their last 5 matches. Lakes drops to 5-3 in PCL play and 5-3 overall. Our ESN players of the game went to Bonney Lakes’ Olivia Heald and Lakes’ Lelei Rapanot-Alefaio.