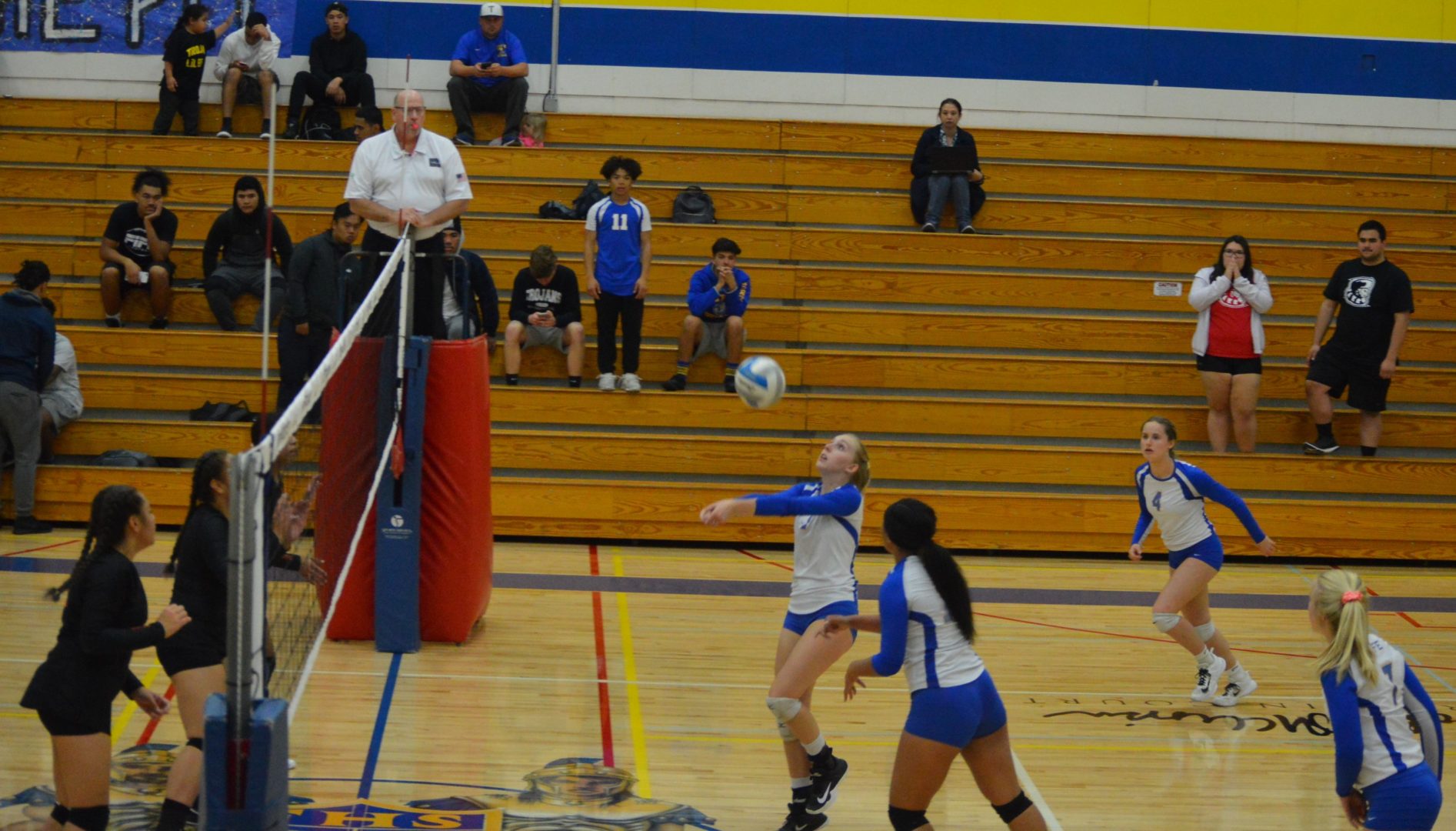 (Fife, WA) The Trojans had already wrapped up the SPSL 2A West Division and had beaten 2nd place Steilacoom when the Sentinels came to visit but they were not in a giving mood. Steilacoom came with a loud supportive fan base and they looked like they wanted to send a message that when it comes to districts they will be a team to contend with.

They certainly sent that message in the 1st set after trailing by as many as 6 at 17-11, they came storming back and forced the Trojans to defend not once but twice against set point when Erin Riekena served 2 winners pushing their lead to 24-22.

Casonndrah Polo for the Trojans sealed it when they got the serve back trailing 24-23 and won the tying point then fired an ace to give Fife set point and they finished it off to take a hard fought 1st set.

In the 2nd set, Yasmyne Valladares served the Trojans an early lead as she did in all 3 sets and the Trojans again a 17-11 lead midway through the set. Steilacoom again made a run led by the serving of Riley Debeic who landed 4 straight to pull them within 1 at 20-19. Fife regained their momentum and outscored the Sentinels 5-2 down the stretch including 2 straight by Maddie Scott to clinch the win and Fife went up 2-0.

In the 3rd set, Valladares set the tone with 3 straight points to start the match. Then the Trojans went on an ace run with a total of 10 aces in the set. When Maddie Scott took over the serve for Fife they led 10-6. She ran off 7 straight points including 5 aces for an incredible run. Tevlin Britten got in on the act along with Elsa Linden and then Valladares nearly ended the match with 2 more aces and 4 points pushing it to 24-8 before the Trojans won it 25-9.

The Trojans are now 11-0 in league play and 12-0 overall, the Sentinels drop to 8-3 and 8-5. Our ESN Players of the Game went to Fife’s Yasmyne Valladares and Stelly’s Danielle Faamausili.