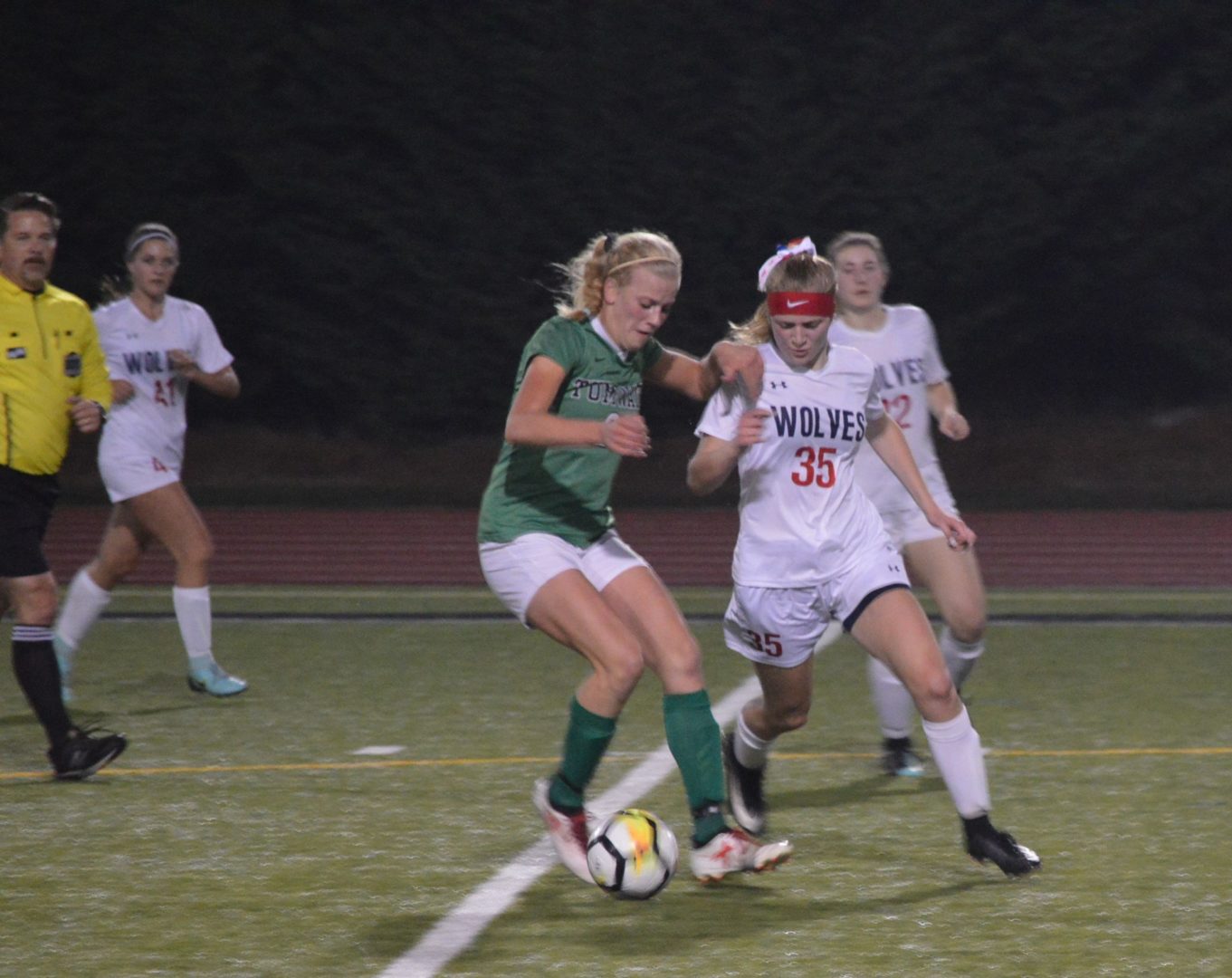 (Tumwater, WA) Tuesday at Tumwater District Stadium the Tumwater T-Birds clinch sole possession of the EVCO 2A League Girls Soccer Championship. The Birds didn’t waste any time taking the lead just 2 minutes in when Trinity Bame drove the far side of the field and launched a perfect shot from the top of the box and floated it over the Wolves keeper Devin Herbert’s head and into the net.

The T-Birds would make that hold up to the break and when the the 2nd half began it only took 4 minutes for Tumwater to knock in the insurance goal. Hallie Bergford drove the middle of the field and got to the top of the box and slid a nifty pass over to Riley Stillings who then 1-timed it home for the 2-0 lead.

The Wolves had several runs and helping keeping the game in touch was Emily Schade. Tumwater’s Keeper Cassie Mullin was also rock solid recording the shut-out win. Our ESN Players of the Game went to the T-Birds’ Trinity Bame and for the Wolves Emily Schade.

The final Evco 2A Standings were: