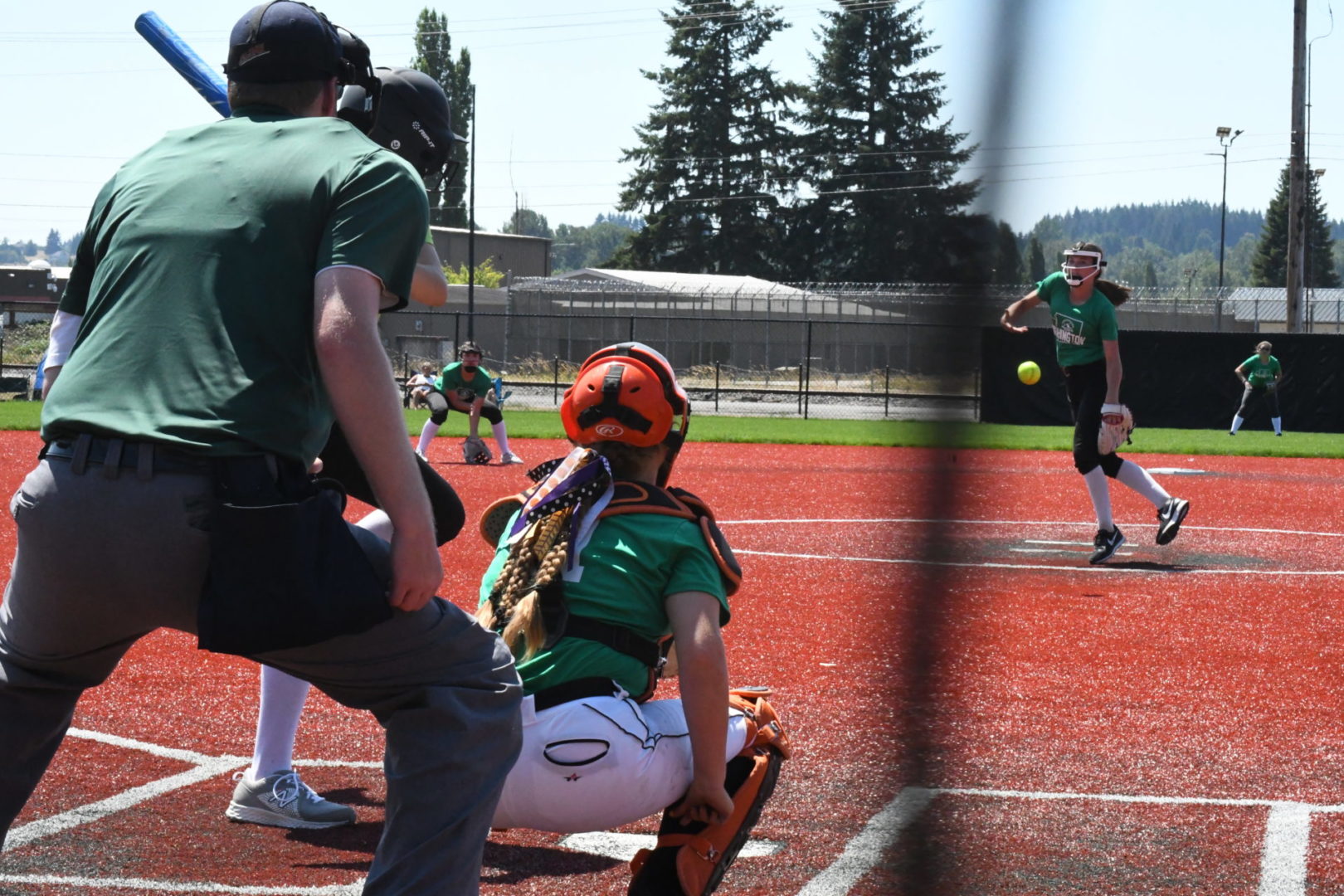 Lime jumped out to a 2-0 lead in the bottom of the 1st. Lead-off batter Morgan Strain got on by walk and moved to 3rd when Nadia Chernich doubled. Ashlee Porter knocked in a run with an RBI single. Chernich then scored on a fielder’s choice  giving Sierra Campos an RBI.

Emerald answered that inning in the 2nd and took a 3-2 lead. Emerald got things going by stringing together several singles and a walk. Emma Kauffman Danica Bexten and Serena Hewes all singled and scored. Sydney Sasaki and Arianna Ames both picked up singles as well and Emerald forged ahead by 1 3-2.

Lime counter punched with a 5 spot in the bottom of the 2nd Lillian Stariha led off with a single and scored and after the 1st out, Lindsay Ferguson also singled and scored. There were then 2 straight walks and Nadia Chernich came through again with and RBI single. Ashlee Porter kept it going knocking in a run with a single and Sierra Campos did the same ending the surge with a 7-3 lead.

After neither team could score in the 3rd Lime added to their lead with 3 more in the 4th inning. Lime began the 4th with 3 straight singles from Lindsay Ferguson, Jenna Van Grouw and Morgan Strain to load the bases and Chernich walked for an RBI another run would score then Campos came through with a 2 out RBI single and Lime pushed their lead to 10-3.

Emerald had 3 scoring innings and each time punched 3 across the plate and could never get that next key hit for a truly big inning but threatened throughout the game. They would add 3 more in the 5th when Sasaki smacked a 1-out double and was immediately knocked in with a single from Arianna Ames. Abigail Haapala would get on with a fielder’s choice and scored when Mia Cantu ripped a 2 run double. This pulled Emerald back to within 4.

Lime had the answer though and added 3 more runs of their own in the bottom half of the 5th and it started with lead-off back-to-back singles from Laci Ross and Ava Petrino. Lillian Stariha ripped a double to score Ross foillowed by a 2 run double off the bat of Lindsay Ferguson to push their lead to 13-6.

Emerald would make one last run in the 7th scoring 3 but falling short. Serena Hewes led off with a base hit followed by an error setting up Ames who knocked in Hewes and Sydney Sasaki with a 2 bagger to the fence. Abigail Haapala then slapped a single to score Ames but that is all they could get and finished on the short end of the 13-9 score.