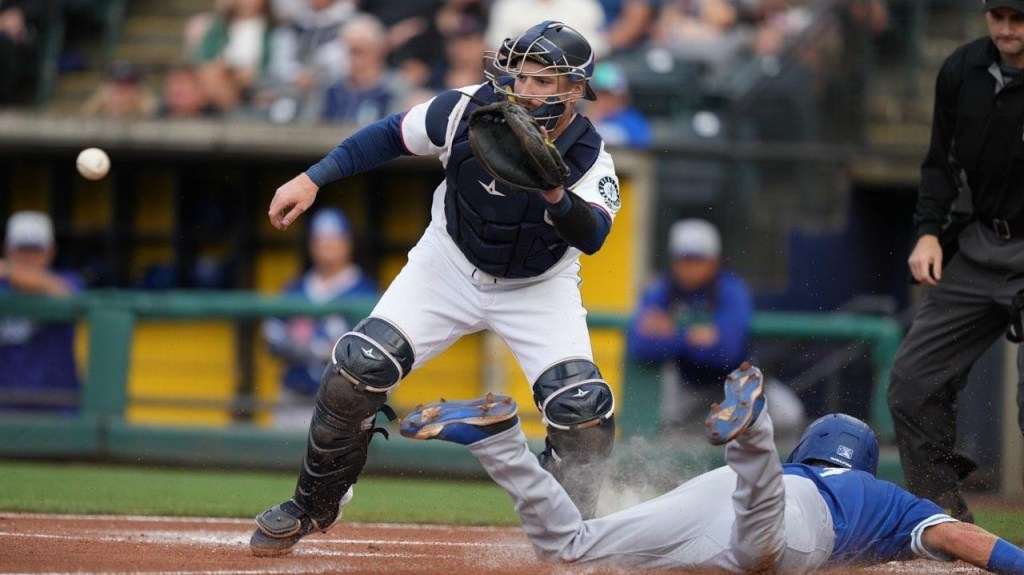 The Tacoma Rainiers were looking to make it 3 straight wins over the Oklahoma City Dodgers at Cheney Stadium, but it was a tough night for Tacoma as they fell 8-4 on Saturday night in George Kirby’s pitching debut for the Rainiers. 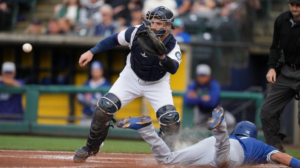 The Dodgers started out fast in the top of the first inning  when Jason Martin hit an RBI single that scored Drew Avans to make it 1-0.  Martin advanced to 3rd base after a throwing error by Rainiers catcher Brian O’Keefe. With two outs in the inning, James Outman drove in Martin with an RBI single to increase the lead to 2-0.

OKC continued to have success against Kirby in the 2nd when Jason Martin nailed another RBI single, this time scoring two runs to give the road team a 4-0 lead.

Kirby then retired the next batter Ryan Noda to end the inning, and that would be the end of his Triple-A debut. The 2019 1st round draft pick for the Seattle Mariners went 2 innings, giving up 4 runs on 5 hits and struck out 2 batters.

Tacoma got on the board in the bottom of the 2nd with an Erick Mejia 2-run homerun to right field, his 11th of the season to cut the lead to 4-1. In the bottom of the 3rd,  a balk was called against OKC starting pitcher Andre Jackson to score Kyle Lewis to trim the score to 4-2.

OKC got some insurance runs in the 4th inning with back-to-back doubles by Ty Kelly and Ryan Noda to score 3 runs to give the Dodgers a commanding 7-2 lead.

OKC added one more in the top of the 7th before Tacoma added two in the bottom half of that inning, when Forrest Wall and  O’Keefe hit a pair of RBI doubles  to make it 8-4 Oklahoma City. That would be the end of the scoring however as Tacoma stranded a total of 9 batters in the loss. OKC kept the Rainiers big bats at bay, as Jarred Kelenic went 0-5 and Kyle Lewis went 0-2 with a pair of strikeouts.

OKC kept the Rainiers big bats at bay, as Jarred Kelenic went 0-5 and Kyle Lewis went 0-2 with a pair of strike outs.