Mariners Pick Up First Win of the 2nd Half 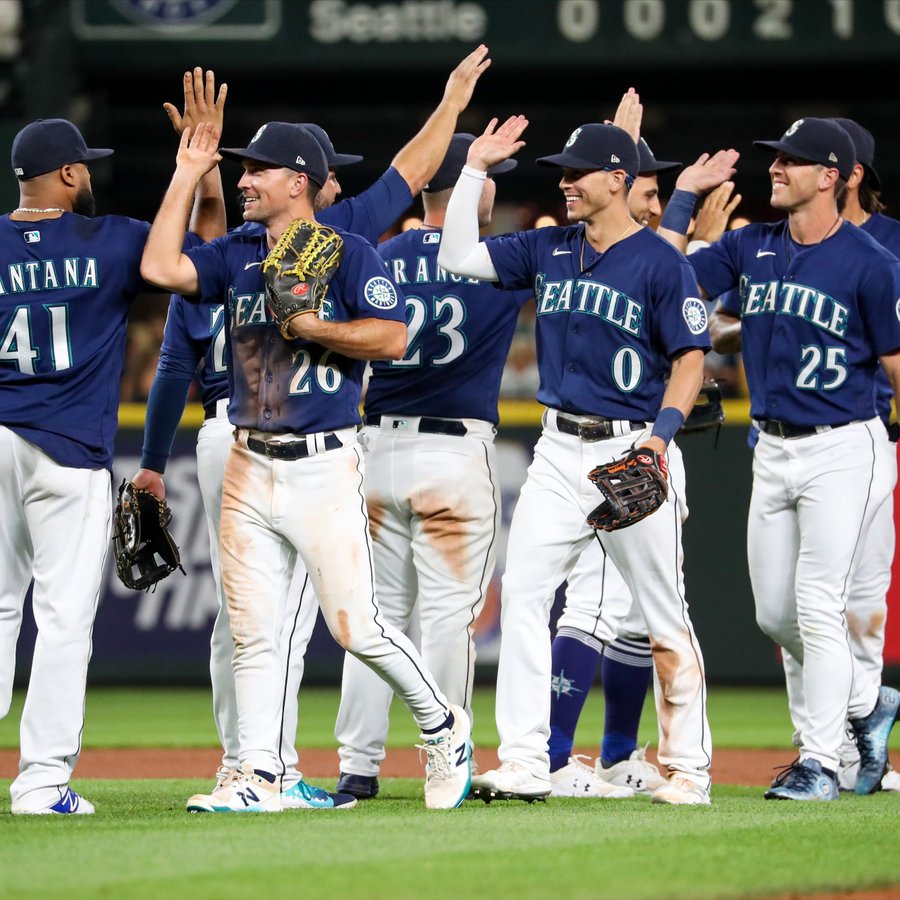 It didn’t come easy but the Seattle Mariners won their first game since the All-Star break on Monday night with a 4-3 win over the Texas Rangers.

The Mariners were riding a 14 game winning streak into the break before being swept over the weekend by the first place Houston Astros. They also had to do it with two of their starting outfielders out with injuries as Jesse Winker missed Monday’s opener with an ankle injury suffered on Sunday. Julio Rodriguez missed his fourth consecutive game with a wrist injury.

The Mariner bats were once again quiet out of the gate as they found themselves trailing 1-0 in the 4th after a Chris Flexen wild pitch allowed Ranger third baseman Ezequiel Duran to score in the 3rd. The Mariners would even things up in the 4th however when Cal Raleigh continued his upward trajectory with an RBI single to right to drive in Ty France.

Adam Frazier would then single and was followed by an Abraham Toro pop up to put the Mariners in a familiar situation with the bases loaded and two outs. Dylan Moore didn’t have to take the bat off his shoulder however as Rangers pitcher Glenn Otto would throw one in the dirt that didn’t kick too far away from catcher Jonah Heim. It wouldn’t matter though as Eugenio Suarez would get a good read on the ball and would score from third with a…unique dive into home to give the Mariners a 2-1 lead.

That lead would grow an inning later as All-Star first baseman Ty France would drive a 2-2 pitch to centerfield for his 13th home run of the season to extend the lead to 3-1.

Two batters later, the lead was back to a run. Adolis Garcia would go opposite field and just keep it fair for his 18th home run of the season to make it 3-2. Chris Flexen’s night would be done after the 6th but it was another solid outing for the California native as he went six innings while allowing four hits and two runs while walking two and striking out five. The outing gave Flexen his 5th quality start since the beginning of June.

Seattle would try to extend the lead in the 7th when they would load the bases with just one out and Carlos Santana coming to the plate. Santana would role over a grounder to third but a bobble by Duran would allow Santana to beat out the double play attempt bringing in another run to give the Mariners a 4-2 lead.

Andres Munoz and Paul Sewald were fantastic in relief with help in the 8th from a beautiful catch and tag by J.P. Crawford on a stolen base attempt. Cal Raleigh’s throw was a little low but Crawford was able to pick it and get a quick tag down on Adolis Garcia to end the 8th.

The 9th was a different story however as Diego Castillo struggled mightily. The leadoff batter would be Nathaniel Lowe and he would hit a bomb to right field for his 14th home run of the season and to cut the Mariner lead to 4-3.

Castillo would then give up a single to Leody Taveras and walk Kole Calhoun to put the tying run on second and go ahead run on first with nobody out. Castillo would then strike out Duran but manager Scott Servais would pull Castillo and bring in Erik Swanson. Swanson needed just three pitches to end the ballgame as Josh H. Smith would pop out in foul territory and Marcus Semien would ground out to Abraham Toro to preserve the Mariners 4-3 win.

The win puts the Mariners (52-45) three games up on Cleveland and Boston for the final Wild Card. The two teams will meet on Tuesday in game two of the three game series. The Rangers will welcome Dane Dunning (1-6, 4.42 ERA) back to the rotation after a short IL stint. The M’s will counter with George Kirby (2-3, 3.78 ERA) who was skipped in the rotation last week due to load management. First pitch is scheduled for 7:10p.