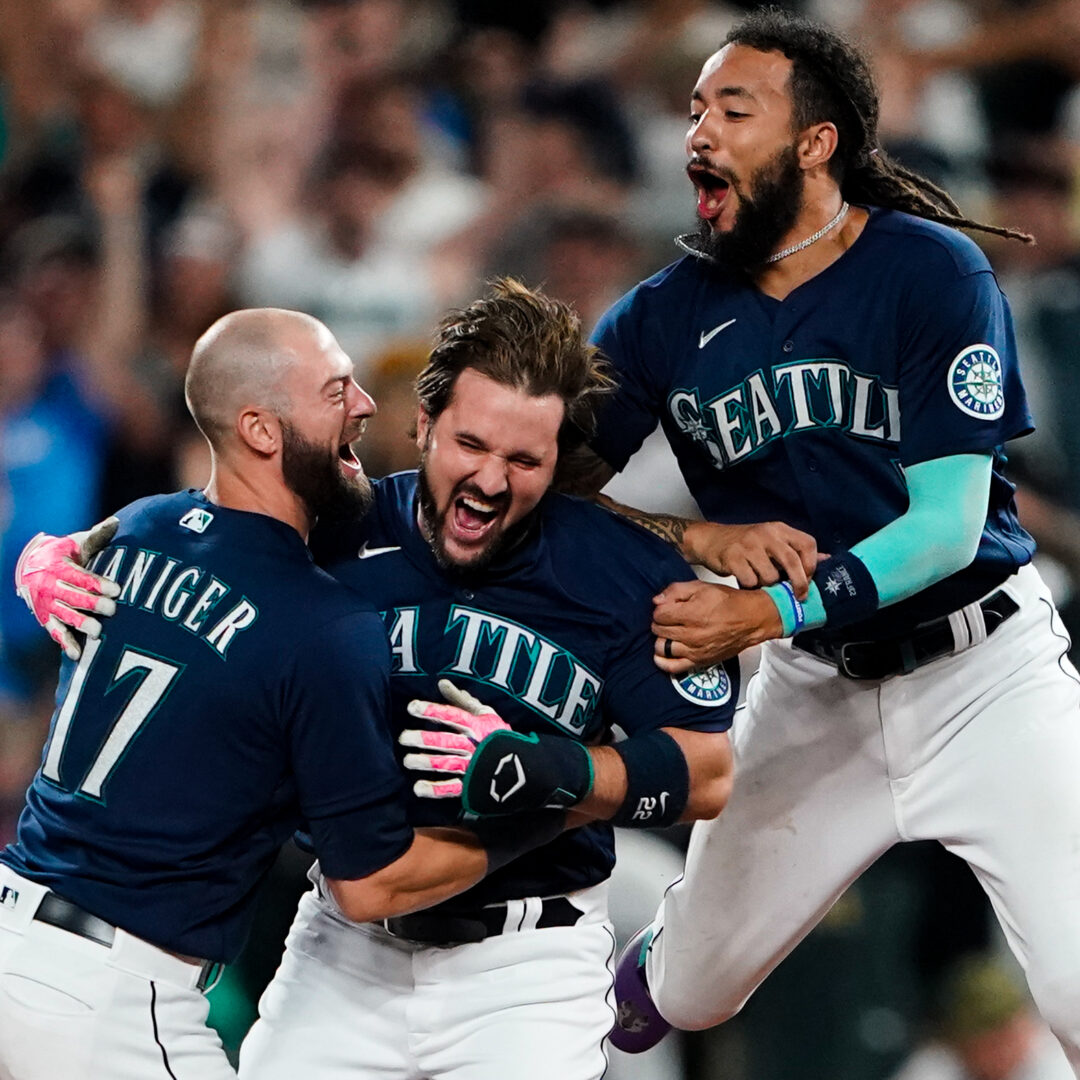 The game of baseball in its current state is no doubt an offensive game. More home runs are hit now than ever before and pitchers have to execute every pitch to really slow down an offense. Tuesday night was a throwback to the days of dominant pitching. Two aces at the top of their games showed up to T-Mobile Park and dominated. The rematch between Gerrit Cole and Luis Castillo lived up to the hype. It came down to which bullpen blinked first and after 13 innings of baseball, it would be the Mariners walking away with the 1-0 win over the New York Yankees

After scoring six runs off of Gerrit Cole in the 1st inning just a week ago, it wasn’t that easy for the Mariners this time. Cole would only get into trouble once when Cal Raleigh doubled into the right field corner with one out in the 5th. A couple of pop-ups would get him out of that inning and he would cruise the rest of the way. Cole finished after seven shutout innings allowing just four hits, no walks and eight strikeouts. Cole came into this game relying on his excellent fastball rather than the off-speed that cost him last week. It worked brilliantly as the Yankees got a playoff level start from their ace.

On the other side, Luis Castillo made his home debut for the Mariners and was just as dominant as Cole. He allowed a runner to get in scoring position with two outs in the first but would strikeout Josh Donaldson to end that frame. He was electric after that. The Yankees would only muster one hit for the next six innings and the defense took care of Castillo when they Yankees put the ball in play.

The 8th inning was a little more stressful for the new Mariner ace. Miguel Andujar would single with one out and Aaron Hicks would draw a walk to put runners on first and second with one out. After a quick meeting with pitching coach Pete Woodworth, it was clear they were going to let Castillo try to get out of trouble. He would be successful. Jose Trivino would hit a soft grounder to third to move up the runners with two outs but a Isiah Kiner-Falefa groundout to Adam Frazier would end the Yankee threat and the day for Luis Castillo. Castillo would go eight scoreless innings, allowed just three hits with two walks and seven strikeouts.

The dominance of both starters would result in both getting a no decision. The bullpens for both teams came in and pitched a scoreless 9th. Andres Muñoz of the Mariners would strikeout the top of the Yankees order in an electric atmosphere. Yankee closer Clay Holmes would hit Adam Frazier in the foot to leadoff the 9th. He would get Ty France to hit into a double play and Mitch Haniger to groundout to send the game to extra innings.

Of course in extra innings now, each team starts with a runner on second so that should make it easier to score. That was not the case on this night. After Paul Sewald would hit Josh Donaldson to leadoff the 10th, Andrew Benintendi would get caught in a rundown between second and third in the first Yankee baserunning mistake. A groundout and a strikeout of Andujar would give the Mariners a chance to win it in the bottom of the 10th. It would be a quiet inning for the Mariners however as they couldn’t even move the runner to third and we were headed to the 11th.

The 11th was interesting as well. Matt Festa would take over for the Mariners and would only face two batters to end the inning. Aaron Hicks would hit a line drive to Adam Frazier at second and he would double off Andujar at second for a quick two outs. Sam Haggerty would then make a sliding catch in right to take a hit away from Jose Trivino to end the inning. J.P. Crawford would get down a sacrifice bunt to start the bottom of the 11th to move the winning run to third with one out. After an intentional walk to Sam Haggerty, Carlos Santana would hit a grounder right back to the pitcher and Wandy Peralta would start a 1-4-3 double play to send the game to the 12th.

Baserunning would be an issue once again for the Yankees in the top of the 12th. Isiah Kiner-Falefa would leadoff the inning with a grounder right back at new pitcher Matt Brash. Brash would field the ball behind his back in an insane play and throw it two second to catch Jose Trivino in a rundown. Trivino would be tagged out near third by Eugenio Suarez who would throw to second to catch Kiner-Falefa trying to sneak into third. He would leave the baseline for another out and another double play for the Mariners. In the bottom of the inning, the Mariners would load the bases with two out walks to Mitch Haniger and Jake Lamb. Suarez would strikeout swinging and snapped his bat over his leg as both teams prepared for the 13th inning.

Brash would get in some hot water in the 13th. He would intentionally walk Judge to start the inning before striking out Andrew Benintendi for the first out. The bases would then be loaded after Marwin Gonzalez walked with just one out. Brash would come up with a massive strikeout getting Gleyber Torres swinging for the second out. Miguel Andujar would hit a chopper to J.P. Crawford at short and Crawford would throw him out to get the Mariners out of trouble.

In the bottom of the 13th, Cal Raleigh would leadoff with a single to right to put runners on the corners with no outs. A soft grounder by Crawford back to the new pitcher Jonathan Loaisiga would move Raleigh to second with just one out. Sam Haggerty would be intentionally walked for the second time in the game to load the bases with one out and bring up pinch hitter Luis Torrens. In what has been a frustrating season for Torrens, none of it would matter on this night. Torrens would line an 0-2 pitch into right field to walk it off for the Mariners and give them a thrilling 1-0 marathon win.

An absolute thriller that didn’t end until after 11p last night was the talk of the baseball world. There was not a single fastball thrown by either team that registered below 96 mph. It was all gas in a playoff like atmosphere as described by multiple players playing in the game. The win proves the Mariners can go toe to toe with the best teams in baseball and not flinch. We have the taste now of big game baseball and we need more. If this team gets to the playoffs, there is no doubt now that they can win any sort of game that is thrown there away against any opponent.

Seattle (60-52) moves into the second Wild Card spot in the American League after the Tampa Bay loss. The Mariners now lead the Rays by half a game and trail the Blue Jays for the top Wild Card spot by 1.5 games. The Yankees (71-40) now drop out of the top spot in the American League as they fall behind the Houston Astros. However, New York still leads the AL East by 10.5 games. The teams finish up the three-game set with the rubber game at 1:10p on Wednesday in another fantastic pitching matchup. Nestor Cortes (9-3, 2.57 ERA) gets the start for the Yankees against Robbie Ray (8-8, 3.96 ERA) in a southpaw showdown.