HS Football: Napavine rolls to an easy win over Loggers in C2BL 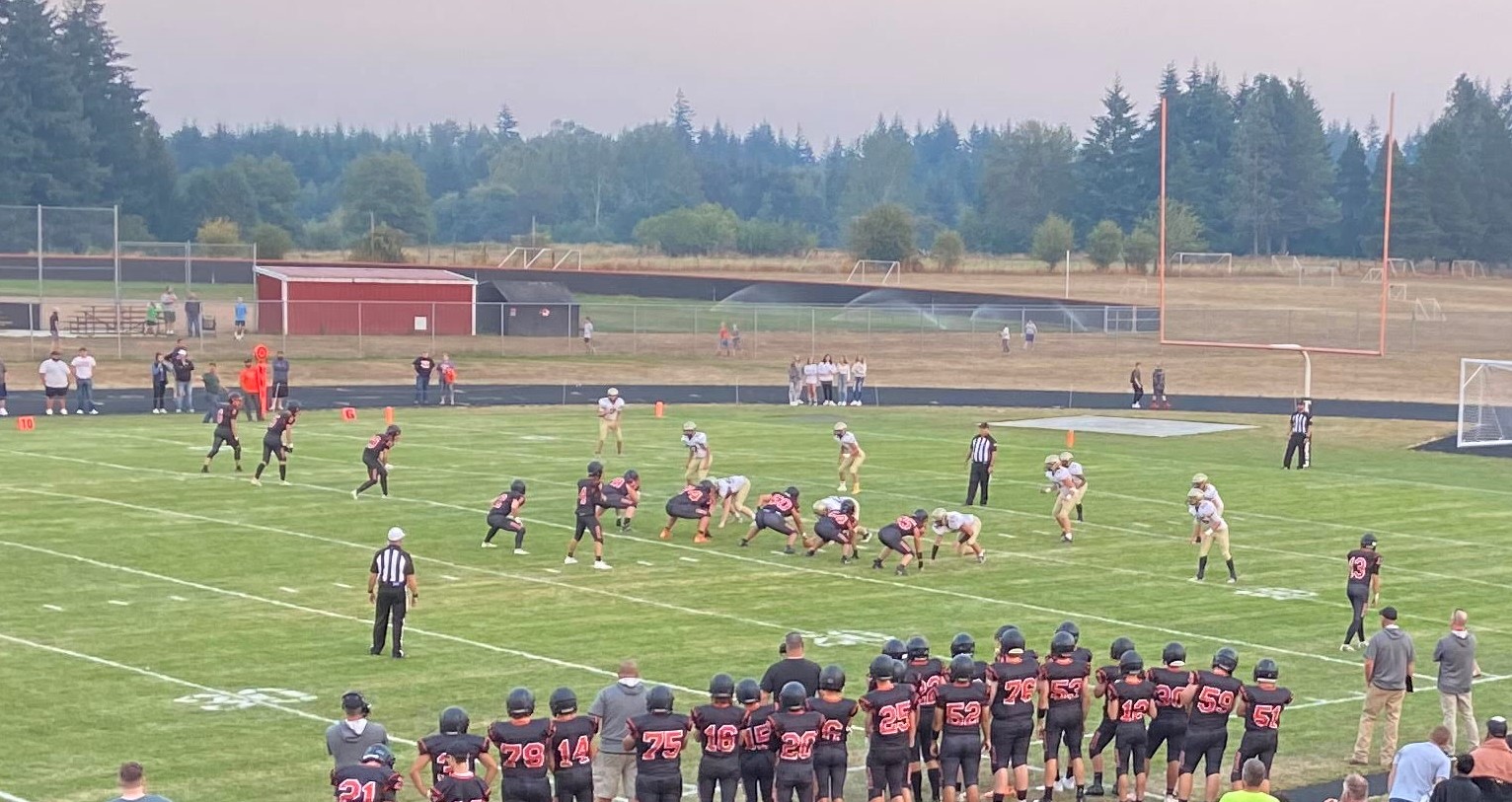 The air quality in Napavine wasn’t the best but the Napavine Tigers football quality was spectacular. Napavine’s march to another deep 2B playoff run is off to a hot start in the 2022 campaign.

Last night with a hazy, smokey background against their rivals, the Onalaska Loggers, Napavine put up an astounding 68 points on their home turf. The Tigers got the party started when QB Ashton Demarest fooled the entire Logger defense on a read option and was able to saunter his way into the end zone for an easy 27-yard touchdown run. After a quick three and out for the Loggers, Napavine’s offense went right back to work as Demarest threw his first passing touchdown of the game to Cael Stanley to make it 14-0.

Demarest strolls in for 6

The Loggers tried to get their triple option going but the Tigers pounced all over the option all night. Onalaska attempted a rare pass that ended up being a tip drill catch that bounced off of a Napavine defender and right into Will Zandell’s hands, who went for 33 yards. That would be Onalaska’s longest play of the night offensively.

On the second play of the 2nd quarter, Ashton Demarest had his longest run of the young season, going 53 yards for his second rushing touchdown of the game, making it 20-0. After an Onalaska punt, the Loggers defense was able to force a fumble and record the first turnover of the night but was unable to do anything with it, turning the ball over on downs. The Tigers quickly struck again on an impressive two play drive that ended with a Demarest 32-yard touchdown throw to James Grose to take a 27 point lead.

The Tigers would force another turnover and this time it only took them one play to find the end zone. Demarest hit Karsen Denault for a 32-yard touchdown pass. After an Onalaska punt, Cael Stanley would punch it in from 16 yards out for his second touchdown of the game to make it 40-0. Right before the half, Max O’Neill had a scoop n’ score that went for 56 yards and gave Napavine a comfortable 47-0 halftime lead.

O’Neill strips the ball and scores

The running clock was in effect for the second half but that didn’t stop the Tigers from scoring right away as on their first drive of the second half, Demarest found James Grose for another touchdown to bring their lead to a whopping 54-0. Late in the 3rd quarter after both teams traded turnovers, Demarest threw another touchdown to Karsen Denault for 15 yards. Demarest would finish the game with an impressive seven total touchdowns, five through the air and two rushing. 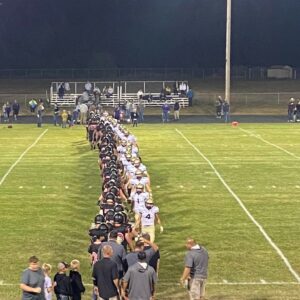 In the 4th quarter the Tigers put in their backup QB Grady Wilson who looked impressive for a freshman. He will learn a lot from Demarest, and the youngster, Wilson was able to run in a 1-yard touchdown late to make it 68-0. The future will be bright for the Tigers with Wilson waiting to take the reins of the Tiger offense down the road.

Onalaska was able to get some momentum going in the 4th quarter, breaking off a few nice runs in that triple option offense but they were unable to put a point on the board as Napavine held the Loggers scoreless. Napavine has yet to allow a point through their first two games, sending a major warning shot to the rest of class 2B. The Tigers are destined for another state title game appearance while the Loggers will try and regather themselves after a tough loss.