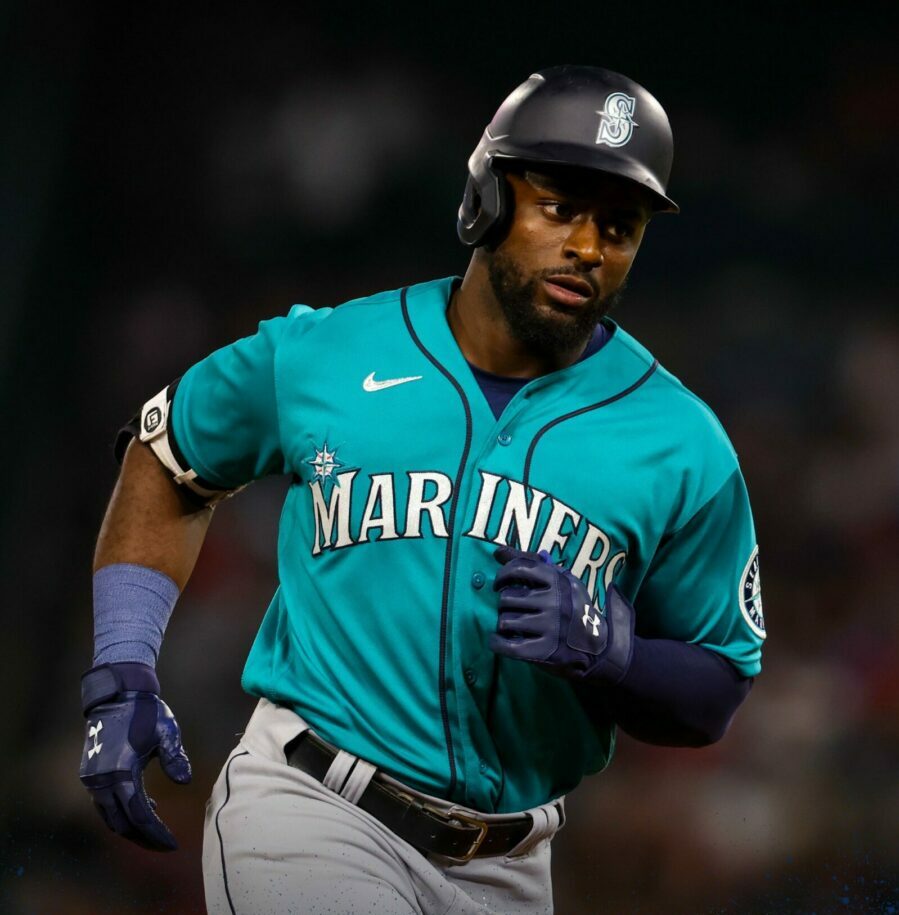 (Anaheim, CA) While we didn’t have a recap of the Friday game, things wouldn’t get better on Saturday for the Mariners. With Eugenio Suarez headed to the IL with a broken finger, Julio Rodriguez would be a late scratch with tightness in his back. Add in the Mariners had to take on Shohei Ohtani, and the recipe was there for a rough night for Seattle. That would end up being true as the M’s dropped game two of the four-game series 2-1.

It would not take long for the Angels to get to George Kirby. In the bottom of the 1st, Mike Trout reached on a one out single to give the Angels great speed on base. Ohtani would be the next batter and helped himself out as he crushed a double off the left field wall to easily score Trout and give himself and the Angels a 1-0 lead.

That would remain the score until the 4th inning. Shohei Ohtani walked to lead off the bottom of the inning and Taylor Ward followed with a single to center. A rare wild pitch by George Kirby moved the runners up with nobody out. Kirby would get former Mariner Mike Ford to pop out to Abraham Toro at third for the first out. Matt Duffy took advantage of the RBI opportunity. Duffy would hit a grounder to J.P. Crawford at short to score Ohtani and make it 2-0 Angels. Kirby would get Mickey Moniak swinging to end the inning with minimal damage.

The Mariner rookie was once again solid on the mound. George Kirby gave the M’s six strong innings, only allowing two runs and four hits with one walk and eight strikeouts. Unfortunately, he was outperformed by Shohei Ohtani. The Japanese superstar went seven shutout innings on the mound with only three hits allowed and also one walk with eight strikeouts.

The top of the 8th turned out to be the Mariners opportunity. Taylor Trammell, who replaced Rodriguez in the lineup, crushed a 3-1 fastball to right to get the Mariners on the board. It was Trammell’s fourth home run of the season and cut the deficit to 2-1. Abraham Toro followed that with a one out double to really put some pressure on the Angels. A J.P. Crawford walk put the tying run in scoring position and go-ahead run on first with just one out. Ty France would be the batter, but it wouldn’t work out for the M’s. France hit into a 1-4-3 double play to end the threat. Seattle would then go 1-2-3 in the 9th to give the Angels a 2-1 win and handed the Mariners their second straight loss to their division rival.

Seattle (80-64) has dropped all the way to the last spot in the AL Wild Card race with the Blue Jays now in the top spot two games ahead of the Mariners. Tampa Bay sits just half of a game ahead of Seattle but the Mariners are still in a playoff spot as they are five games ahead of the Baltimore Orioles. Seattle and Los Angeles will meet in game three of the series on Sunday at 1:07pm when Marco Gonzales (10-13, 3.89 ERA) tries to turn this series around as he squares off with Reid Detmers (5-5, 3.82 ERA) for the Angels.