Mariners Change It Up, Same Results in Loss in Oakland 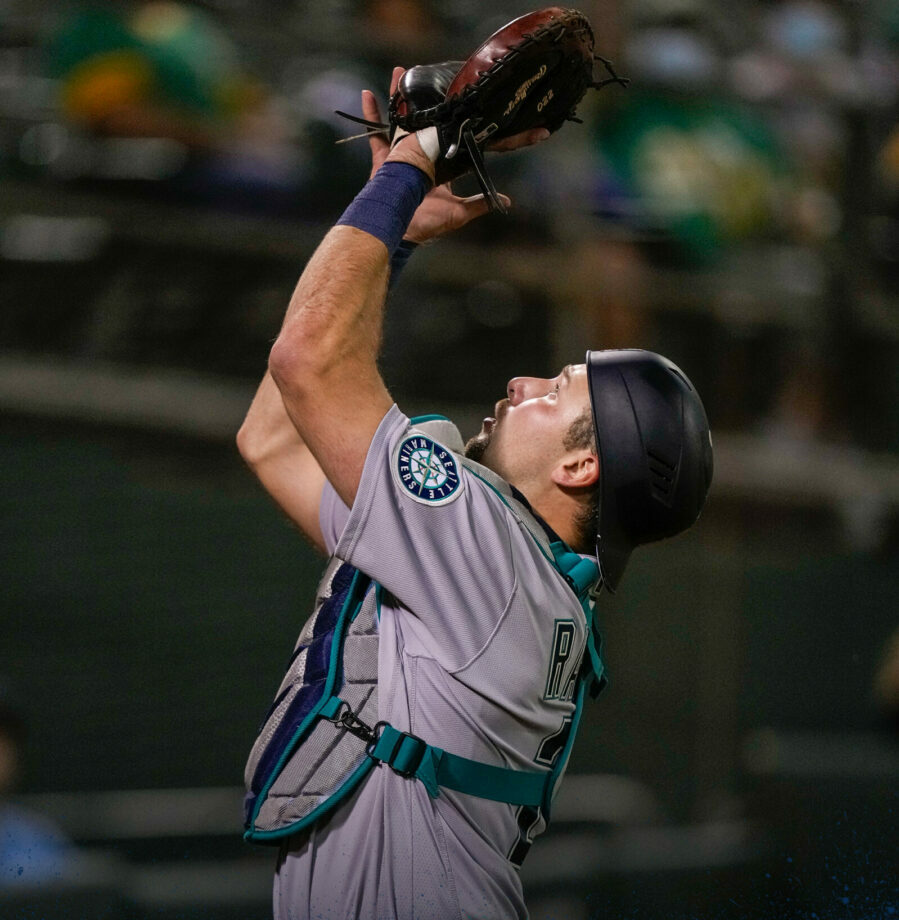 (Oakland, CA) Seattle’s front office decided it was time to make some moves to try to inject some life into a lineup that has been abysmal on this current 10 game road trip. Jarred Kelenic and Luis Torrens were recalled from Triple-A Tacoma while Taylor Trammell was optioned to Tacoma and Jake Lamb was designated for assignment. While Kelenic and Torrens weren’t in the starting lineup, it was the same old same old as the Mariners offense was nearly nonexistent in a 2-1 loss to the Oakland Athletics.

This past offseason, the Mariners went out and brought in reigning AL Cy Young winner Robbie Ray and he was tasked with trying to get the Mariners back on track. A couple of early walks hurt Ray’s pitch count in the top of the 1st. Despite the high pitch count, Ray was very good on the mound for Seattle. The lefty got better as the game went on and ended up giving the Mariners six strong and scoreless innings with only three hits allowed, three walks and seven strikeouts.

The bad news was that once again the Mariners had no offense to speak of against the Oakland starter. James Kaprielian completely shut down the Mariners lineup and got quite a bit of defensive help along the way. Tony Kemp and Nick Allen up the middle took away multiple hits for the Mariners and helped Kaprielian answer the zeroes that Ray was hanging on the scoreboard. The Oakland starter went seven innings with only two hits allowed, no runs, one walk and six strikeouts.

Headed into the bottom of the 7th, the game was still looking for its first run. Erik Swanson came on in relief of Robbie Ray and would get in some trouble. Swanson walked Jordan Diaz to begin the inning, but what came next created a universal eyeroll from Mariner fans. Vimael Machin roped a double into the left field corner that would skip off the wall. Mariner left fielder, Jesse Winker would misplay the ball in the corner and that would allow Diaz to score from first to give Oakland a 1-0 lead. The Winker error continued what has been a nightmare of a season defensively for the former Cincinnati Red. Cristian Pache followed with a single to put runners on the corners with nobody out. Andrés Muñoz replaced Swanson in a very difficult situation. A strikeout of Nick Allen got the first out for Seattle. Tony Kemp hurt the Mariners once again with a base hit to center to score Machin and make it 2-0. Muñoz would get Seth Brown and Sean Murphy to groundout to end the inning with a 2-0 deficit for the M’s.

A.J. Puk would be the first Oakland reliever to enter the game in the top of the 8th inning. After Cal Raleigh and Sam Haggerty flew out, Luis Torrens would pinch hit for Abraham Toro and his first at bat back would be a good one. Torrens drove a 1-2 fastball to deep right field and it would carry in the Oakland night out of the park for a solo home run. It would be Torrens’ second of the season and made it a 2-1 ballgame.

In the top of the 9th, Domingo Acevedo would face the top of the Mariners order as Seattle tried to avoid dropping another favorable game. Julio Rodriguez hit a soft grounder back up the middle and got it past Acevedo thanks to a tricky hop. The infield single by J-Rod gave the Mariners some life. That life was snuffed out when Ty France hit a groundball to Allen at short for an easy 6-4-3 double play. Mitch Haniger then went down swinging and the Mariners once again fell in Oakland 2-1.

Another frustrating loss for the Mariners (81-67) was made even worse as Baltimore got a win on Wednesday. Seattle now sits just four games ahead of Baltimore while also trailing Tampa Bay by half of a game and 2.5 games behind Toronto. The Mariners will look to avoid being swept by the lowly A’s (55-94) on Thursday at 12:37pm. George Kirby (7-4, 2.98 ERA) attempts to stop the skid for Seattle against Adrian Martinez (4-5, 5.77 ERA) for Oakland.

I am running out of things to say. Pitching continues to be really good and gives the team a chance to win every single night. The offense is utter garbage right now. There is not a single player on this team that I feel comfortable or confident when they come up to the plate. It is time for Scott Servais to have a team meeting and try to light a spark to get these guys over the finish line. They are almost there, but the light is flickering. Someone needs to feed the fire and get this team back into the inferno that they were a month ago.