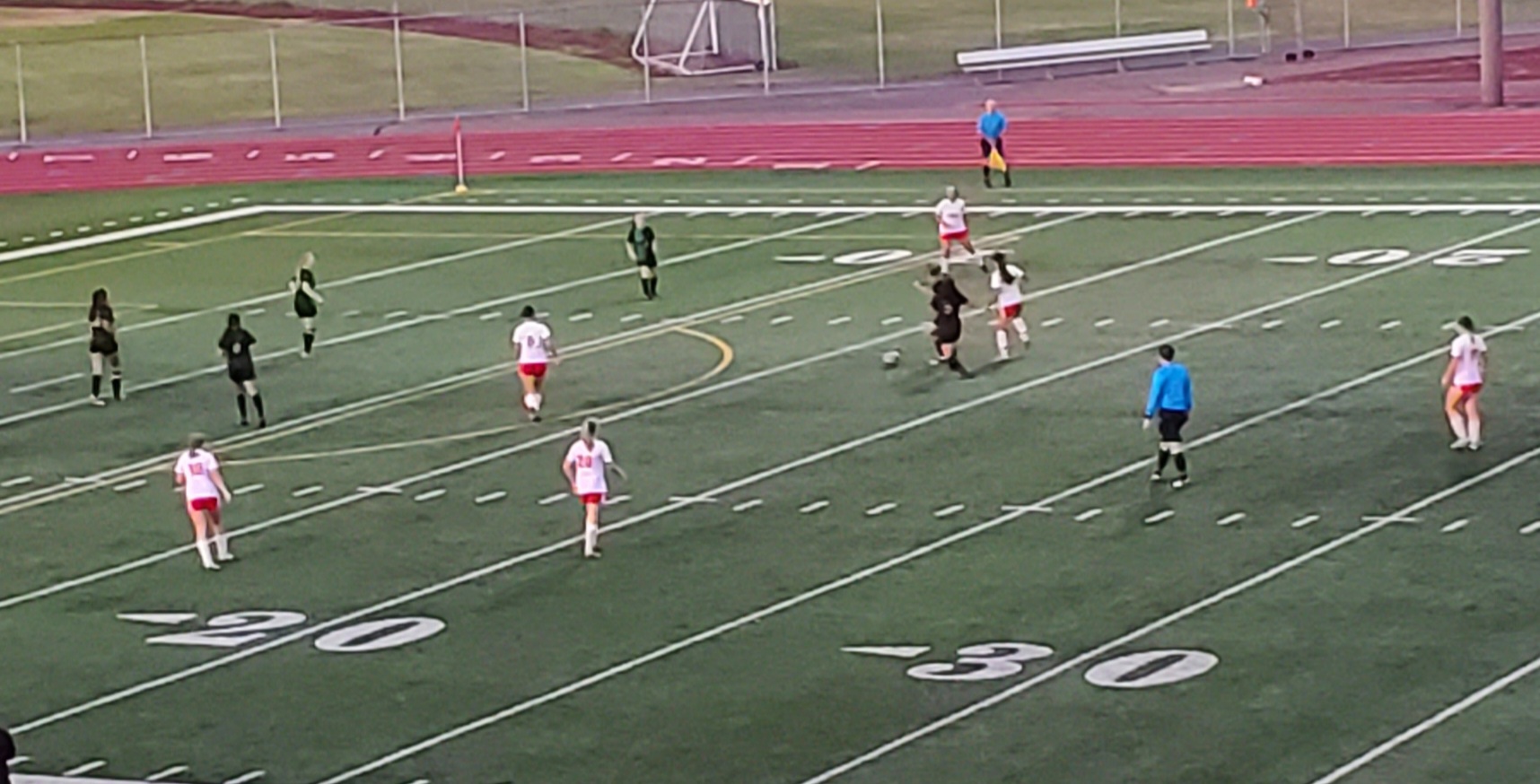 (Lakewood, WA) It wasn’t really a defensive stand-off but more like Steilacoom on offense trying to penetrate the Great Wall of Defense the Clover Park Timberwolves erected in front of their goal. That stingy defense put together by Head Coach Armando Valdez was led by Clover Parks’ keeper Estrella Sanchez. The T-Wolves set 5 on their backline to assist Sanchez but still the Sentinels spent so much time on offense they lobbed and shot 13 on frame shots that Sanchez saved.

The defensive back line was led by Captain Chloe Chastain with help from Alexis Lynn and Samaria Diaz. But at times all 11 members of Clover Park’s team was on defense with Angela Soldana and Selena Corona-Hernandez making big impacts as well. 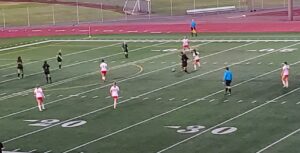 The Steilacoom Sentinels came in hungry looking for their 1st win and despite the brick wall they were trying to score on Head Coach James Van Dusen kept the pressure on. Van Dusen kept attacking looking for that one little crack to form and knock a shot in. Forwards Sarah Fernando and Zana Feldon along with mid-fielders who all essentially became forwards Kyndall McKenzie, Sarah Hurtado, Kayley Gallagher and Naydien Olea all had shots at one time or another.

The Timberwolves offensive plan was to lob shots down the field with a streaking forward to pick up the pass and hoping for a 1-on-1 with keeper Jolie Ferrer. But the times they were able to mount an attack shots were wide or their were several off-sides or the Sentinel back-line would not allow the T-Wolves to get past. Rebecca Pyun, Alivia Kehn, Gianna Perry and Nat Mester remained in the game and never got lulled to sleep with so much action at the other end of the field.

The match turned in the 66th minute when that crack in the mortar occurred in the T-Wolves defense. After a sharply hit shot that Sanchez saved the Sentinels quickly re-grouped and got back inside the box when a shot was deflected by the defense and the ball rolled behind Sanchez and into the net.

Our MVP of the match went to Naydien Olea, scoring the 2nd goal of the season and a game winning one at that.

Steilacoom finds the chance and scores