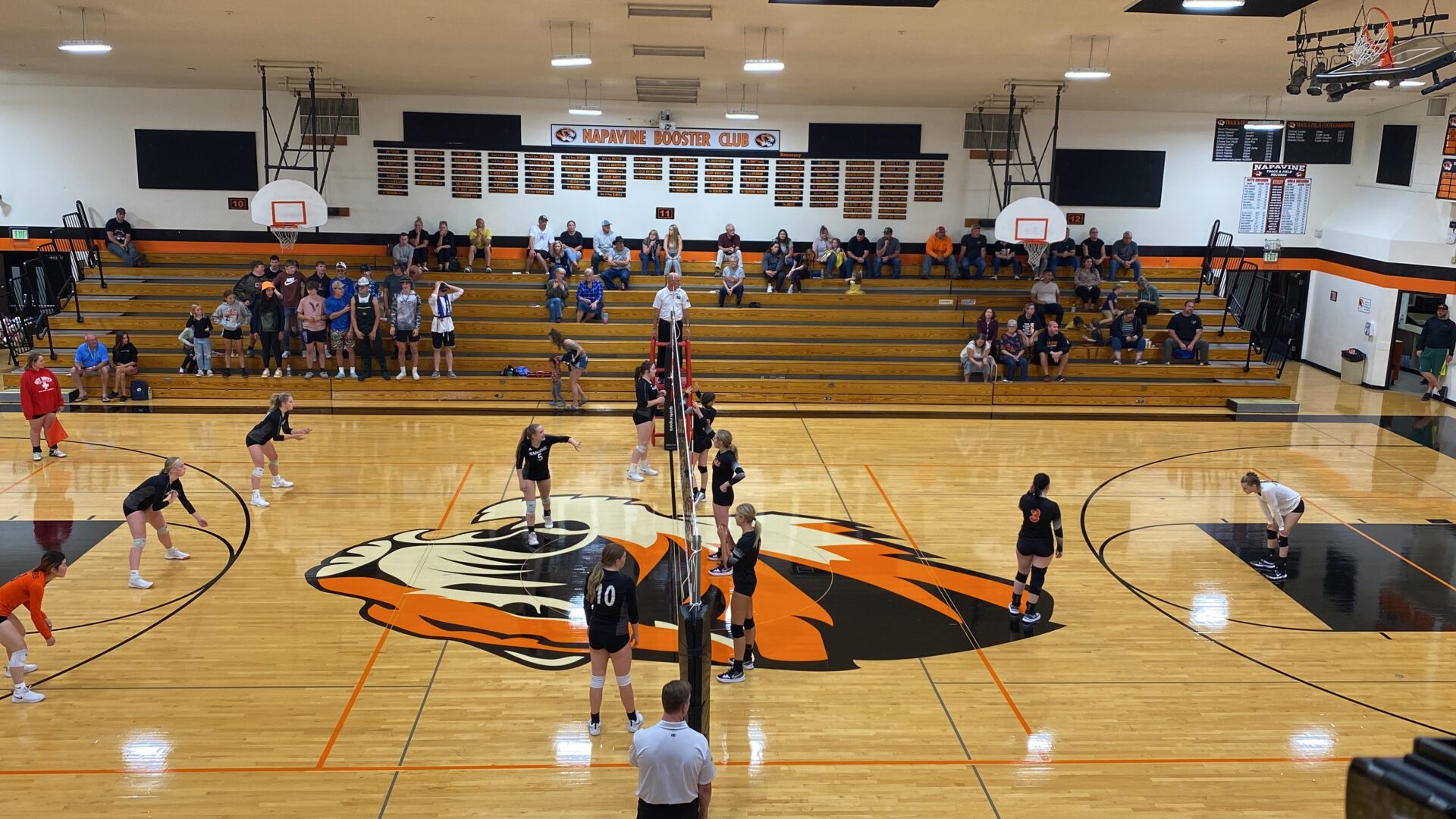 (Napavine, WA) Losing a starting player is always going to hurt a team no matter what sport it may be in. Losing the league MVP? That is an even tougher thing to recover from. When Paige Chinchen graduated from Kalama last spring, the Kalama Chinooks volleyball team lost their star, but they didn’t lose their fire. Everyone has stepped up so far this season and the reigning league and district champions put that on display with an impressive sweep of the Napavine Tigers last night.

Kalama got off to a great start and played very fundamentally sound volleyball in the first set. Rhegan O’Neil was the centerpiece of the team and her set passes were nearly flawless. The trio of Ella Capen, Irene Martinez, and Kendall Collins dominated at the net and put a lot of pressure on the Tigers. Kalama’s hot start carried them to a 25-11 first set victory.

In the second set, Napavine got off to the fast start and took the lead early. Keira O’Neill and Morgan Hamilton led the way for the Tigers. In the backline, Emily Kang was flying everywhere for digs and was on fire for the Tigers. A late run from the service line by Taylor Hoggatt helped Kalama pull back ahead and they would take the second set as well 25-17.

The third set was dominance from the Kalama Chinooks. Our Thorbeckes MVP of the match, Irene Martinez was putting dents in the floor with her powerful kills and Ella Capen was blocking everything coming back from the Tigers. The Kalama backline also helped keep momentum on the side of the Chinooks as Bailey Drabek, Taylor Hoggatt, and Ady Davenport helped Kalama roll to a sweep taking the final set 25-8.

The Kalama Chinooks stay perfect on the season as they moved to 6-0. The Chinooks will have a week off before returning to the court on Tuesday when they host Wahkiakum. Napavine drops their first match of the season and now sit with a record of 2-1. The Tigers next match will also be hosting Wahkiakum on Thursday at 7pm.

If you want to watch the replay of the match you can do that on the NFHS network On-Demand. Subscriptions are $11.99 per month and gives you access to the entire NFHS Network all across the country to watch the live broadcasts or any on-demand games. Literally hundreds of thousands of hours of game content. Go to https://www.nfhsnetwork.com/affiliates/eli-sports-network to sign-up if you don’t have a subscription or to find the on-demand replay of this game.