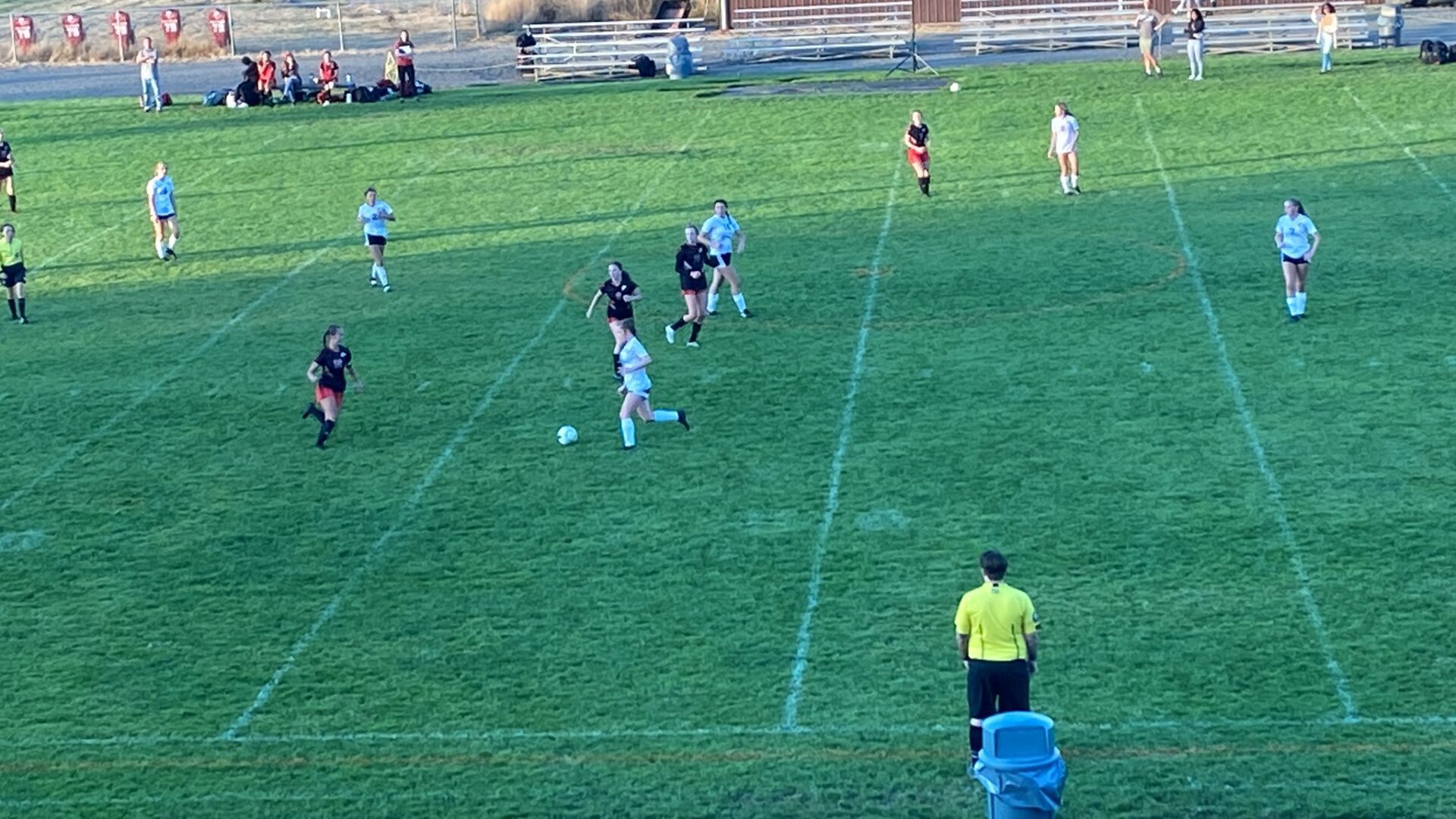 (Toledo, WA) After a good litmus test on Monday against the reigning 2B state champions, the Napavine Tigers were looking to bounce back and get back in the win column in a non-league girls soccer showdown with the Toledo Riverhawks. Toledo is coming off their best season in program history which resulted in a 4th place finish at the 2B state tournament. Two young teams looking to get a solid win played a tough matchup, but it would be Napavine heading home with a 2-0 victory.

The match got off to a very fast start. The Tigers took the opening kick and they were off and rolling. In less than 60 seconds, 8th grader Ava Wilson sent a shot off of the post but it would bounce back to her and Wilson would put it into the back of the net. In the blink of an eye the Tigers had a 1-0 lead.

From there, Toledo did a great job controlling possession for the remainder of the half. The Riverhawks got the ball in their attacking third quite a few times but struggled to cross it into the middle to get a shot off. Late in the first half, Toledo’s Ryah Stanley found a shot attempt for herself, but it would be deflected out of play for a corner kick. Napavine would fend off the corner and would get into the half with a 1-0 lead.

Napavine made a goalie change at halftime as lone senior Dani Tupuola took over for Taylen Evander in goal. Napavine did a much better job in the second half of controlling the ball and making better passes. The Toledo defense did a great job stopping the attacks coming from the Tigers. Senior keeper Daphnie Bybee and senior defender Paige Hill frustrated the Tiger offense a bit. At one point with a breakaway opportunity, Napavine stopped and looked like they were expecting a penalty. By the time they realized that there was no whistle, the Toledo defense had rallied to the ball and denied another scoring opportunity.

In the 58th minute, Napavine got the insurance that they were looking for. Off of a goal kick, Hayden Kaut would win the possession and was all alone in the attacking third. Kaut would beat the Toledo keeper in Bybee in a one-on-one situation to give Napavine a 2-0 lead. The Tigers defense shut down the game from there as Napavine hung on for the 2-0 win.

Our MVP of the match was Hayden Kaut who not only got the second goal for the Tigers but did a great job in running the offense with Tupuola playing goalie. Kaut ran the offense and controlled possession very well to ice the game away.

You can watch the entire match on the NFHS Network on-demand. Subscriptions are $11.99 per month and gives you access to the entire NFHS Network all across the country to watch the live broadcasts or any on-demand games. Literally hundreds of thousands of hours of game content. Go to https://www.nfhsnetwork.com/affiliates/eli-sports-network