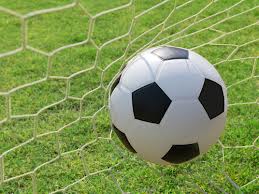 On Tuesday night at 7, The Lakes Lady Lancers 1-2-2 (PCL) put their 3-match unbeaten streak on the line as they host the Lincoln Abes (0-4) in an important Pierce County League match up at Harry Lang Stadium in Lakewood.

Lakes went 9-0 in the regular season in 2021, winning their first league championship in 15 years before falling just short of the state tournament in the District round. Lakes lost some key pieces from that squad, including All-PCL goalkeeper Mia Banner, younger sister of former Pittsburgh Steelers offensive lineman Zach Banner. Mia is a great athlete in her own right as she is currently playing for Pierce College, but freshman Savannah Newville has taken over at goalkeeper and has been sharp for Lakes; the multi-sport athlete has not allowed a goal in the last 3 games and looks to keep that going against a Lincoln team that is looking for their first goal since their season opening loss to Mt. Tahoma 4-1.

Lakes is coached by Jeremy Cosio in his first season as Head Coach at Lakes and is assisted by Beth Bowen, he says that even though Lakes lost a lot of talent from last years team, he feels they are still competive and poised for a run to the post-season.

“We have a lot of new young talent that are excited to compete,” Cosio said.  “Schedule has been a rough start, but
the chemistry is coming together to make a competitive run in the next half of the season in pursuit of
playoffs.”

Some of those young players include freshman Kendall Griffin who has started every game this season for LHS.  She scored a goal against Silas in a 3-0 victory earlier this season and Cosio says she is a leader on and off the pitch. Another player to watch is Senior forward Tyler Dittman, who Cosio says provides the energy for the team and has a goal this season.

Lincoln is coached by Catherine Peterson and the Abes are hoping for a competitive match against the Lancers. Lakes won last years meeting 10-0. The Abes have been outscored 21-0 in their last 3 matches by teams currently at the top of the PCL standings, and would love nothing more than to score some goals and steal some points on the road.

Pre-game coverage of Lakes-Lincoln girls soccer from Harry Lang Stadium begins at 6:45 and kickoff is at 7 on NFHS and the Eli Sports Network.

The link to the broadcast is below.

You can watch the entire match on live on the NFHS Network and anytime  on-demand. Subscriptions are $11.99 per month and gives you access to the entire NFHS Network all across the country to watch the live broadcasts or any on-demand games. Literally hundreds of thousands of hours of game content. Go to https://www.nfhsnetwork.com/affiliates/eli-sports-network to sign-up if you don’t have a subscription or to find the on-demand replay of this game.