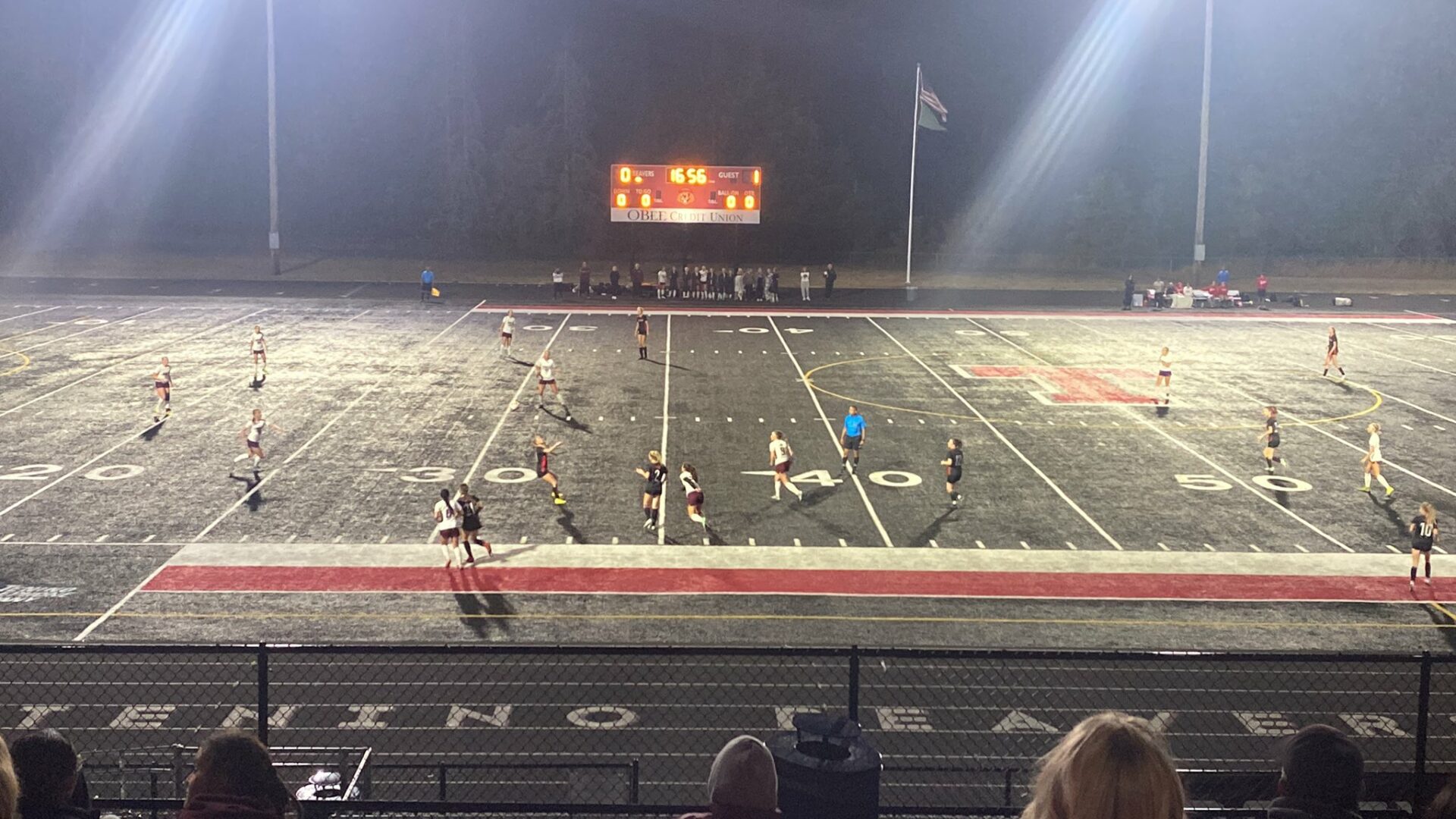 (Tenino, WA) In the Evergreen 1A conference league opener for both Montesano and Tenino, the teams had completely different strategies coming into the match. Tenino has relied on their defense for most of the season and countering with quick attacks in their attacking third. Meanwhile, for Montesano they utilized an aggressive defense to give their relentless offense more possession time to wear down opposing defenses. Both methods worked at different points in the match, but it would be Montesano executing a little bit better as they knocked off the Beavers 3-1.

Montesano kicked off the match with a high tempo and lots of aggression on offense. With a lot of new starters, the Tenino defense did a pretty good job surviving the attacks on Montesano. Senior keeper Trinity Tafoya had a couple of close calls right out of the gate but kept the Bulldogs out of the back of the net.

Out of all the good and strategic attacks that Montesano set up, none of them would produce a goal. They would find a goal however on a breakaway by Lily Causey. Causey just used her speed which she has an abundance of after winning a 50/50 ball and would turn the fastbreak into a 9th minute goal to give the Bulldogs a 1-0 lead over Tenino.

After that first goal, the match flipped. Tenino had some aggressive attacks led by Elizabeth Disken. Most of the final 30 minutes of the first half took place in the middle third but a couple of shots snuck through to Montesano keeper Riley Timmons. Tenino would also fend off the few looks Montesano had until the 40th minute. Mikayla Stanfield would then find the second goal for the Bulldogs in the waning seconds to give Montesano a 2-0 lead at halftime.

In the second half, Tenino would get aggressive with shots coming from further out, but those shots would put pressure on Timmons in goal. Kami Olivera hit quite a few missiles toward Timmons but couldn’t get anything by the junior goalie.

In the 54th minute, Montesano would have a good attack going. A shot attempt through a colony of Beaver defenders would be deflected. However, the ball ended up just to the left of Mikayla Stanfield and she would fire in a left footed shot to notch her a brace and make it 3-0 Bulldogs.

Tenino would not go away without finding their way onto the scoreboard. In the 70th minute, Paisley Garcia continued her great match by finding Elizabeth Disken in open space. Disken would then send one to the middle and Abagail Archibald was right there to get one by Timmons for a Tenino goal to put the Beavers on the board. That would be as close as they got as Montesano hung on for a 3-1 victory to open up league play.

Our Thorbeckes MVP was Makayla Stanfield who notched two goals and set the tone on offense for the Bulldogs. It was fascinating watching her dribble through traffic with complete control of the ball the entire time. The junior is on her way to a tremendous season for the Bulldogs.

Stanfield Gets Her First Goal

Tenino Gets on the Board