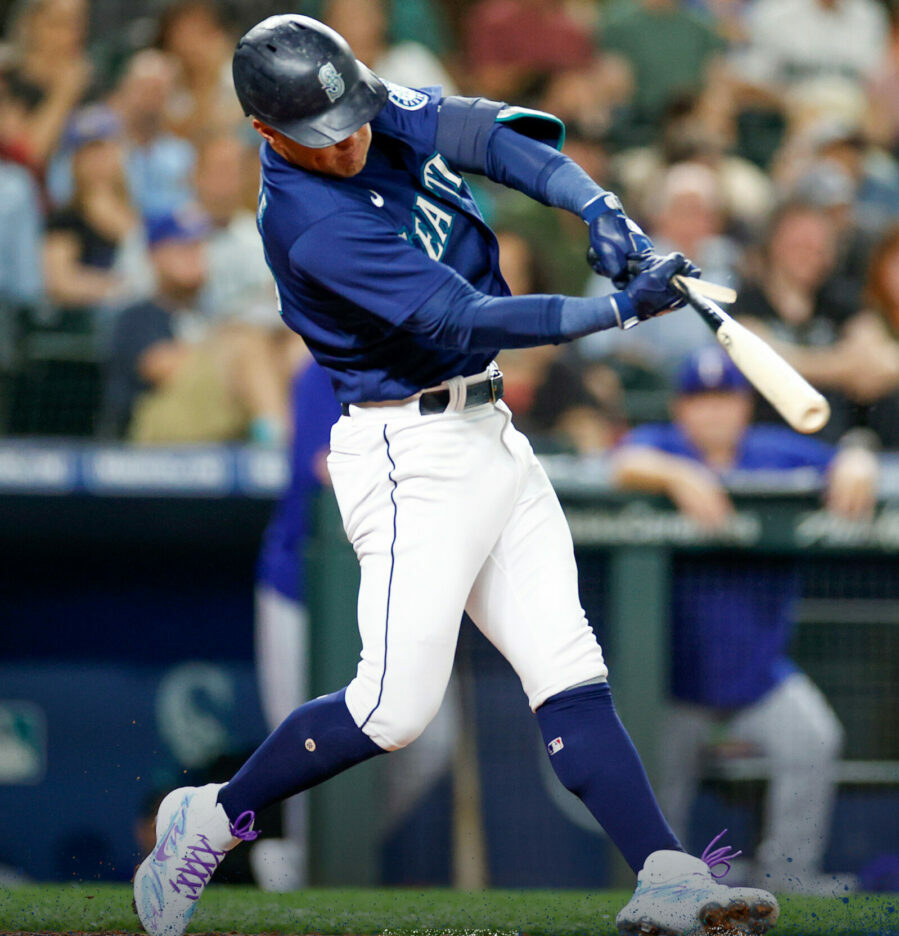 (Seattle, WA) Struggle is an understatement to describe the last couple of weeks for the Seattle Mariners. The offense just has not been able to do anything with consistency and the games they do break out the pitching seems to fall apart. That trend continued in the opener with the Texas Rangers on Tuesday night when Robbie Ray was really good for the M’s while the offense was shutdown on a bullpen day for the Mariners as they dropped game one 5-0.

Robbie Ray came out on fire as he struck out three of the first four batters that he faced. The lefty was attacking the zone and had a good fastball. There would be a stumble with one out in the top of the 2nd. Against rookie Josh Jung, Ray would throw a 3-2 fastball right down the middle and Jung would not miss hit. Jung’s fourth home run of the season gave the Rangers the advantage 1-0.

Seattle would not record a base hit until the bottom of the 4th. Ty France and Mitch Haniger reached on back-to-back singles to start the inning. Eugenio Suarez was back in the lineup after coming off the IL, but would go down swinging for the first out on a check swing. A Cal Raleigh lineout to right and a Carlos Santana strikeout ended the initial threat for the M’s.

The top of the 6th would be a long, tough inning on Robbie Ray. Singles by Marcus Semien and Nathaniel Lowe were sandwiched around a Corey Seager strikeout. With runners on the corners with one out, Ray would get Adolis Garcia to fly out to shallow right field for the second out while the runners stayed put. A six-pitch battle with Josh Jung would be won by the rookie as he lined one to right field to drive in his second run of the game making it 2-0 Texas. Ray then issued a nine-pitch walk to Sam Huff to end his outing. Penn Murfee would come in and got out of the bases loaded jam with a groundout by Leody Taveras to keep the deficit at just two for Seattle.

With the Mariner offense almost non-existent, the Rangers put the game away in the top of the 8th. With Adolis Garcia on first and Corey Seager on second, Josh Jung would deliver the final blow to Seattle. Jung smashed his second home run of the game and fifth of the season to make it 5-0 Rangers. Seattle would have runners on first and second in the bottom of the 9th, but flyouts by Abraham Toro and Adam Frazier ended the game as the Mariners fell 5-0.

Luckily for the Mariners (83-70), the Baltimore Orioles also lost on Tuesday night which drops the Mariners magic number to five. Seattle sits 3.5 games ahead of the Orioles while dropping 1.5 behind Tampa Bay and three games back of Toronto. The M’s will try to find some positive momentum on Wednesday night in game two with Texas at 6:40pm. George Kirby (7-4, 3.30 ERA) will take the mound against the ace for the Texas Rangers in Martin Perez (12-6, 2.90 ERA).

I have been dreaming of this drought ending for a very long time obviously. This is not how I had envisioned it. They are relying on Baltimore losing games rather than them just taking care of business. It works and I will gladly accept it, but I would love for them to turn it around and rattle off a nice win streak to seal the deal on their playoff spot. It will be tough pitchers opposing the lineup in the next couple of days. We need Kirby and Gonzales to bring their A game and please…PLEASE score some runs.