HS Football: Raymond/South Bend Sends a Message to the 2B Classification 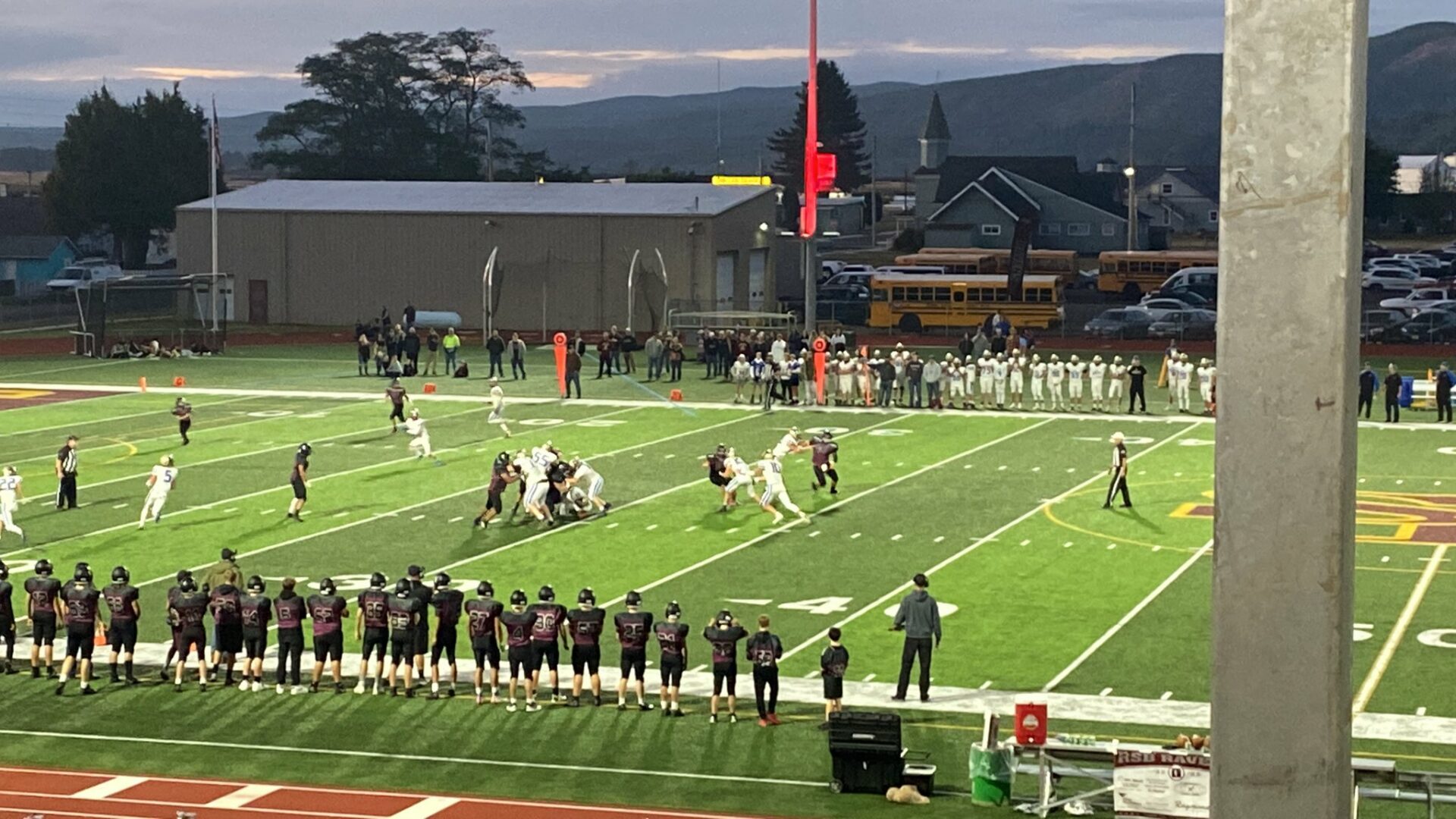 (South Bend, WA) Going into Friday night, the Raymond/South Bend Ravens were undefeated and ranked #6 in the AP media poll in the 2B classification. They had the opportunity to climb those rankings when they hosted the #4 Adna Pirates in a massive showdown. The three headed rushing attack for the Ravens would prove to be too tough to handle as RSB rushed for 243 yards and the defensive line took away multiple weapons for the Pirates as RSB rolled to a 34-2 win.

RSB got the ball to start the game and immediately got the ground attack going. The trio of Austin Snodgrass, Ty Reidinger, and Ferrill Johnson kept the ball moving down the field and got all the way down to the 1-yard line. Austin Snodgrass then took the keeper for a one-yard touchdown to give the Ravens the early 7-0 lead.

Adna then looked to answer and had a solid start to their drive. A couple of good runs by Luke Mohney and Jaxon Dunnagan gave the Pirates some momentum. The Raven defense then derailed that momentum as Isaac Schlueter intercepted the first pass attempt by Adna and gave RSB the ball at the Pirate 30. The very next play, Snodgrass would once again keep the ball on an option and was gone for a 30-yard score to make it 14-0 Ravens.

RSB would not be done for the half. The defense stifled the Adna offense with a bend but don’t break mentality. Branson Williams and Sawyer Duckworth stopped virtually everything between the tackles while Reidinger and Schlueter made multiple plays at the second level. That would give the Ravens extra possessions and they capitalized. Austin Snodgrass ran for his third touchdown of the half with a 3-yard score and Ty Reidinger joined in on the fun with a 3-yard score just before halftime to make it 28-0 Raymond/South Bend leading at the break.

Things went from bad to worse for Adna as starting quarterback Lane Johnson left the game with an injury at halftime. Wide receiver Seth Meister took over at quarterback and actually had some good success. Meister would have a 22-yard run on his first carry of the game. Penalties and snap issues killed the Adna drive and the Ravens once again were on the move. Ferrill Johnson would explode for the longest play of the game as he took the ball 45 yards for the score to make it 34-0.

Adna would have some good drive throughout the second half and got one inside the 10. A turnover on downs would end another Pirate drive, but the Adna defensive line blew up a play in the backfield for a safety to make it 34-2. That would be the final as the Ravens defense remained in control to shutdown the Adna offense. Raymond/South Bend put it away with a win over Adna 34-2.

Raymond/South Bend now moves to 4-0 as they prepared for a big showdown in the Pacific 2B league as the Ravens travel to take on Forks on Friday. Adna drops to 2-2 and will try to bounce back as they stay on the road to visit Wahkiakum on Friday.

Pirates Get a Big Play in 2nd Half