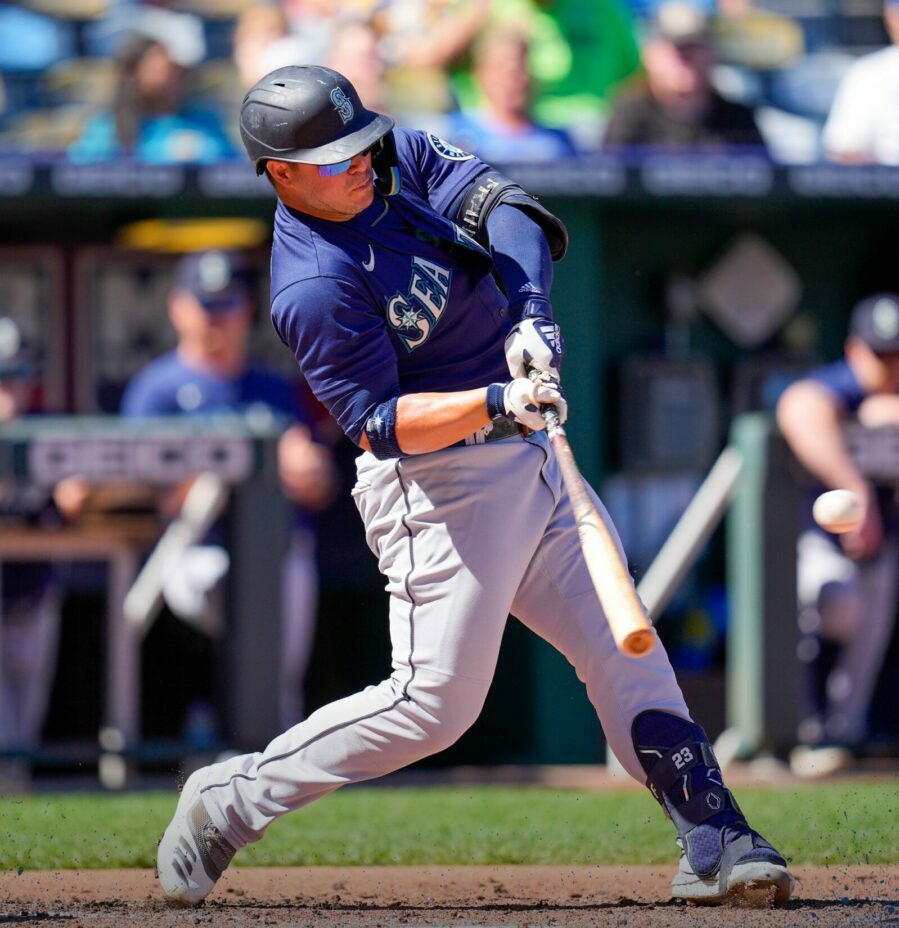 (Kansas City, MO) I rarely am at a loss for words. If I don’t know what to say, I will eventually come up with something. It takes something extremely wild for me to be left speechless. I was left speechless as a result of this game on Sunday afternoon. After signing an extension on Saturday, Luis Castillo looked to be his normal dominant self until the game took a dark turn for the Mariners as they dropped a stunner 13-12 to the Royals

Almost everything before the bottom of the 6th inning was good for the Mariners. An RBI double by Adam Frazier in the top of the 2nd scored Jesse Winker and gave the Mariners the lead 1-0. Kansas City would counter as Luis Castillo didn’t have his best stuff on the mound for Seattle. Hunter Dozier would drive in a run in the bottom of the 2nd with an RBI single to right to make it 1-1. In the bottom of the 3rd, Vinnie Pasquantino continued to haunt the Mariners with his 11th double of the season to score Bobby Witt Jr. and give the Royals a 2-1 lead.

The top of the 5th had everyone feeling very good for Seattle. A Mitch Haniger RBI single tied the game for Seattle and they would then load the bases. Cal Raleigh then walked, Jesse Winker was hit by a pitch, and Dylan Moore walked to score three runs for the M’s and make it 5-2. RBI singles by Sam Haggerty, Ty France and Mitch Haniger added four more runs to make it 9-2 Seattle. In the top of the 6th, a two-run single by J.P. Crawford then made it 11-2 Mariners. Everything looked very good for Seattle.

The bottom of the 6th would be one of the worst innings in the history of the franchise. Here is a quick scoring recap.

Kansas City would put up 11 runs in the bottom of the 6th to take the lead. Seattle would get one back on a sacrifice fly by Luis Torrens but the morale was gone. The Mariners lost 13-12 in one of the most difficult losses in the history of the Seattle Mariners. Of course there was a 14-2 blown lead against Cleveland in 2001 but that team won 116 games and easily made the playoffs. This team is fighting for a playoff spot which makes this one sting so much more.

The Mariners (83-69) actually saw their magic number drop to 6 on Sunday as Baltimore lost to Houston. Seattle still has a four-game lead over the Orioles and trail Tampa Bay by half of a game for the second Wild Card. Toronto is pulling ahead of the pack as they are 2.5 games ahead of Tampa Bay and 3 ahead of Seattle. The Mariners will be off on Monday as they return home for the remainder of the season. They will open up a three-game series with the Texas Rangers (65-87) on Tuesday at 6:40pm. Robbie Ray (12-10, 3.60 ERA) will try to start the homestand on a high note when he starts for the Mariners. The Rangers have not yet announced who will start for them in the opener.

I am truly at a loss for words. I couldn’t believe what I saw and still can’t. This is without a shadow of a doubt the worst regular season loss this franchise has ever had. To cap-off a horrendous road trip with a game like this makes a lot of sense. The past week and a half was just dreadful. These guys have to wake up and come home ready to end this drought. If they play like they did on this road trip, we might have to hear about the drought for at least another year. It is unacceptable to lose games to teams like those that the Mariners played on this trip. Playoff teams don’t lose games like that. With that being said, everyone needs to flush it. Get back out there and start the homestand with a win and act like that road trip never happened.