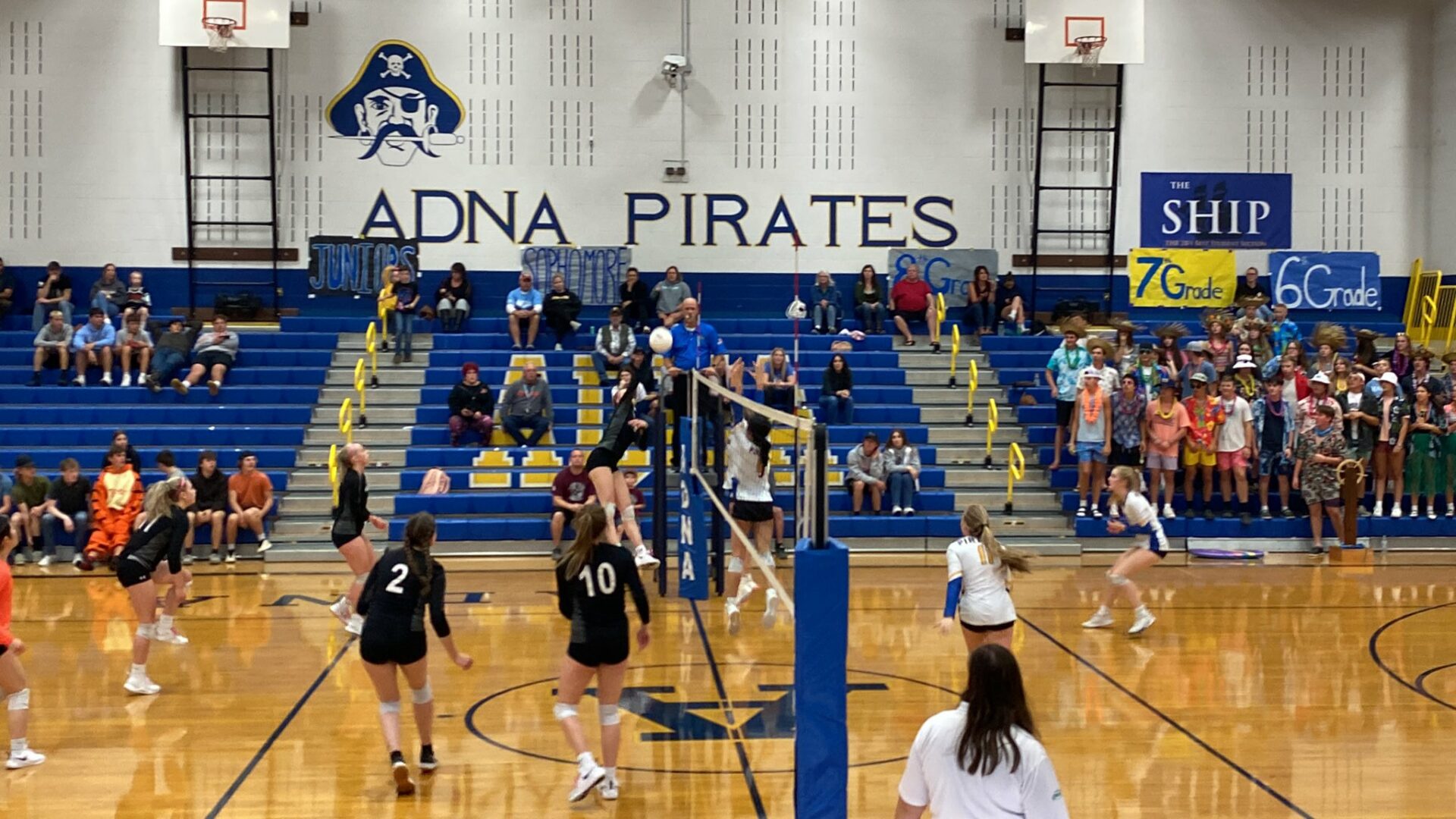 (Adna, WA) For the second time this season, the Napavine Tigers did battle with the Adna Pirates on the volleyball court. After Adna earned the competitive sweep in round one, round two played out in almost the exact same way as the Pirates made it 2-0 against their league rivals as they swept the Tigers once again 25-13, 28-26, 25-18.

Just like their first meeting, Adna really came out and controlled the opening set. Napavine had issues in the opening set with getting their kills between the lines and sent quite a few out of play. Multiple different Pirates attacked aggressively at the net and did not give Napavine any reprieve. Danika Hallom, Brooklyn Loose, Kendall Humphrey, and Charissa Schierman all continuously peppered the Napavine side with hard kills that forced mistakes that are uncharacteristic of the Tigers. Adna pulled away with the opening set taking it 25-13.

Just like the first match, Napavine figured things out and improved int he second set pushing Adna to their limits. Something clicked in the second set that fired up Napavine’s Keira O’Neill and she completely took over the match. The Tigers cut down the mistakes and let their junior star do her thing at the net whether that be blocks or kills. Emily Kang once again was fantastic in the backline for the Tigers and Jessie McCoy and Morgan Hamilton were effective like usual. A late surge in the second set gave the Tigers an opportunity to steal the set. Gabby Guard turned up the tempo with her sets for Adna and the Pirates were able to fend off the Tiger charge to win the second set 28-26.

The third set would be a combination of the previous two. Napavine did better than they did in the opening sets with their kills but not as good as they did in the second. More errors by Napavine put Adna in control once again. Brooklyn Loose was incredible from the service line and served multiple points every time she was back there. Danika Hallom and Kendall Humphrey continued to control the net while Parker Feist and Natalie Humphrey controlled the backline. Miriam Wilson also came up with some big plays at the net but it would be Hallom putting the finishing touches on another Adna sweep as she slammed home the last kill to give Adna the 25-18 third set.

Our MVP of the match was Danika Hallom who racked up a match high 12 kills as she has taken a bigger role with the team this year after they lost some seniors last season and looks to be filling that role perfectly. Kendall Humphrey added 11 kills while Keira O’Neill led the Tigers with 11.

Napavine Fights Back in Set #2