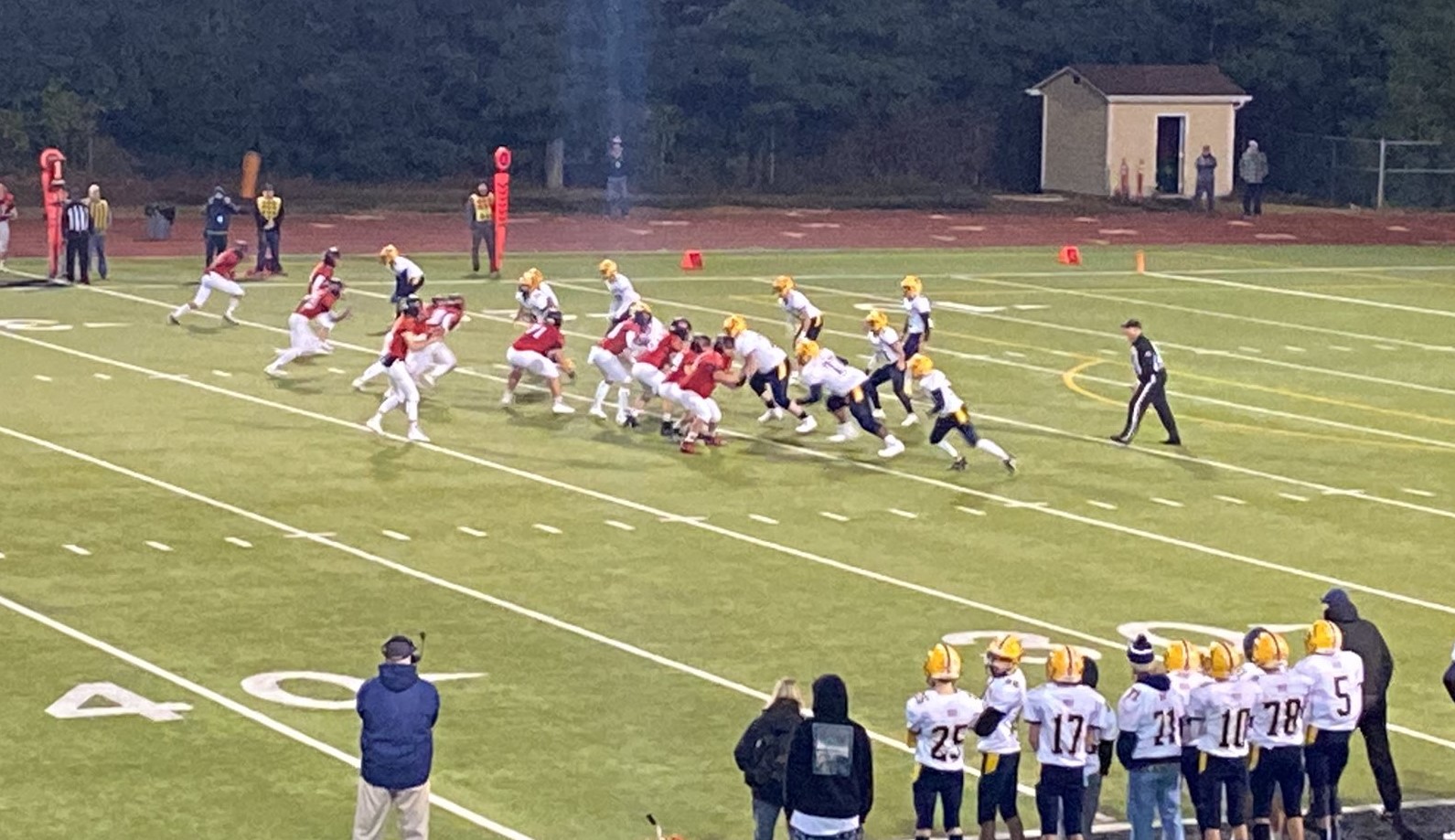 Aberdeen, Black Hills and Shelton finished in a tie for 3rd in the EVCO 2A league and one had beaten each other so there was no head-to-head tie breaker available to determine the 3rd and 4th place seeds that advance to the District Crossover games with a chance to get to the State Tournament.

The 3 teams met at Tumwater District Stadium and would play a round-robin style Kansas tie breaker. They would continue this format until 1 team lost both in a single round.

Black Hills faced Shelton in the 1st match-up and that would be followed by Shelton vs Aberdeen and the 3rd showdown was Aberdeen vs Black Hills. Below is how each match-up played out with Black Hills advancing as the 3 seed and Shelton moving on as the 4th seed. The Wolves will travel to Mark Morris this Saturday for a 3pm kick-off, while Shelton heads for Washougal Friday night with a 7p kick-off. Black Hills claimed the 3rd seed due to their head-to-head win over Shelton in the regular season.

Black Hills sent their offense onto the field to start the opening game. After a couple of penalties reset the ball back at the 25-yard line, Jaxsen Beck took a shot to the endzone that ended up falling incomplete. After a loss of a couple on the 2nd down run, Beck survived some pressure and escaped the pocket. He would find Braiden Bond in the endzone for a 27-yard touchdown and Black Hills had their points and a 7-0 lead.

Shelton had to answer on offense and had a more slow paced approach. Quarterback Mason Goos moved the Highclimbers down the field with help from fellow senior receiver Dante Trikoff. Facing a 4th and short, Shelton opted to run the ball with a hand back with Brad Eleton. Not only would Eleton have the first down, but he would score as well. A gutsy call was then made by Shelton head coach Mark Smith and they would go for two and the win. Goos would roll out to his right and lob one up to Jayden Fuller who would make the catch for the two-point conversion to give Shelton the 8-7 win over Black Hills and put the Highclimbers in the driver’s seat.

Shelton answers then goes for 2 for the win

The Shelton defense would start on the field in game number two with Aberdeen. The Bobcats came out running the ball with their three headed rushing attack consisting of Aidan Watkins, Jeremy Sawyer, and Trey Anderson. Aberdeen would face a 4th and short and opted to pass with Kale Goings. The ball was batted down by Shelton defensive lineman Aidan Guijosa to force a turnover on downs.

Shelton now only needed points to punch their ticket to the postseason. After the Bobcats sacked Mason Goos on first down, it looked like it would be a defensive battle. The next play changed that outlook. Goos swung a pass just over a defender’s fingertips to the flat to his running back Jayden Fuller. Fuller took it 27 yards for the touchdown and Shelton defeated Aberdeen 6-0 to send the Highclimbers to the crossover round.

Shelton scores quickly to clinch a spot in the crossovers

Black Hills and Aberdeen knew that the final game was a must-win for both squads. Aberdeen went back to their bread and butter in their run game. It was the Aidan Watkins show on the drive and he was rewarded for his efforts. Inside the five-yard line, Watkins bounced a handoff to the outside for a walk-in touchdown to put the Bobcats up 7-0.

Black Hills got a big play immediately. Jaxsen Beck kept the ball on a read option and picked up 23 yards getting all the way to the two-yard line to set up first and goal. They then ran into some issues. A loss of three on the next play backed the Wolves up to the five and after two incompletions, the Wolves faced a fourth and goal with their season on the line. Beck rolled out to his left and on the run floated the ball to the corner of the endzone. Maddox Hodge would do the rest coming down with a great catch for the touchdown and set up the extra point to tie the game at 7-7

The Wolves offense stayed on the field to start the second round. A 10-yard run by Johnny Stallings got the drive off to a great start. Beck then threw his third touchdown pass of the day as Xander Shepler made a diving catch for the score. Shepler would hold for the extra point but would end up taking it to the corner of the endzone for the two-point conversion to put Black Hills up 15-7.

Aberdeen needed eight points to keep their season alive and they only needed two plays to get six of those points. Aidan Watkins got the ball on both of those plays and found the endzone on a 21-yard touchdown run to set up the two-point attempt. After each team took a timeout, the Bobcats opted to run the ball once again. Black Hills was ready for it this time and swarmed the Aberdeen backfield and despite a couple of laterals, denied the two-point conversion to give Black Hills the 15-13 win and the final spot in the District 4 crossovers.

Black Hills scores and goes for 2 to lead by 8

Aberdeen answers to pull within 2

Wolves Defense comes up with biggest stand of their season