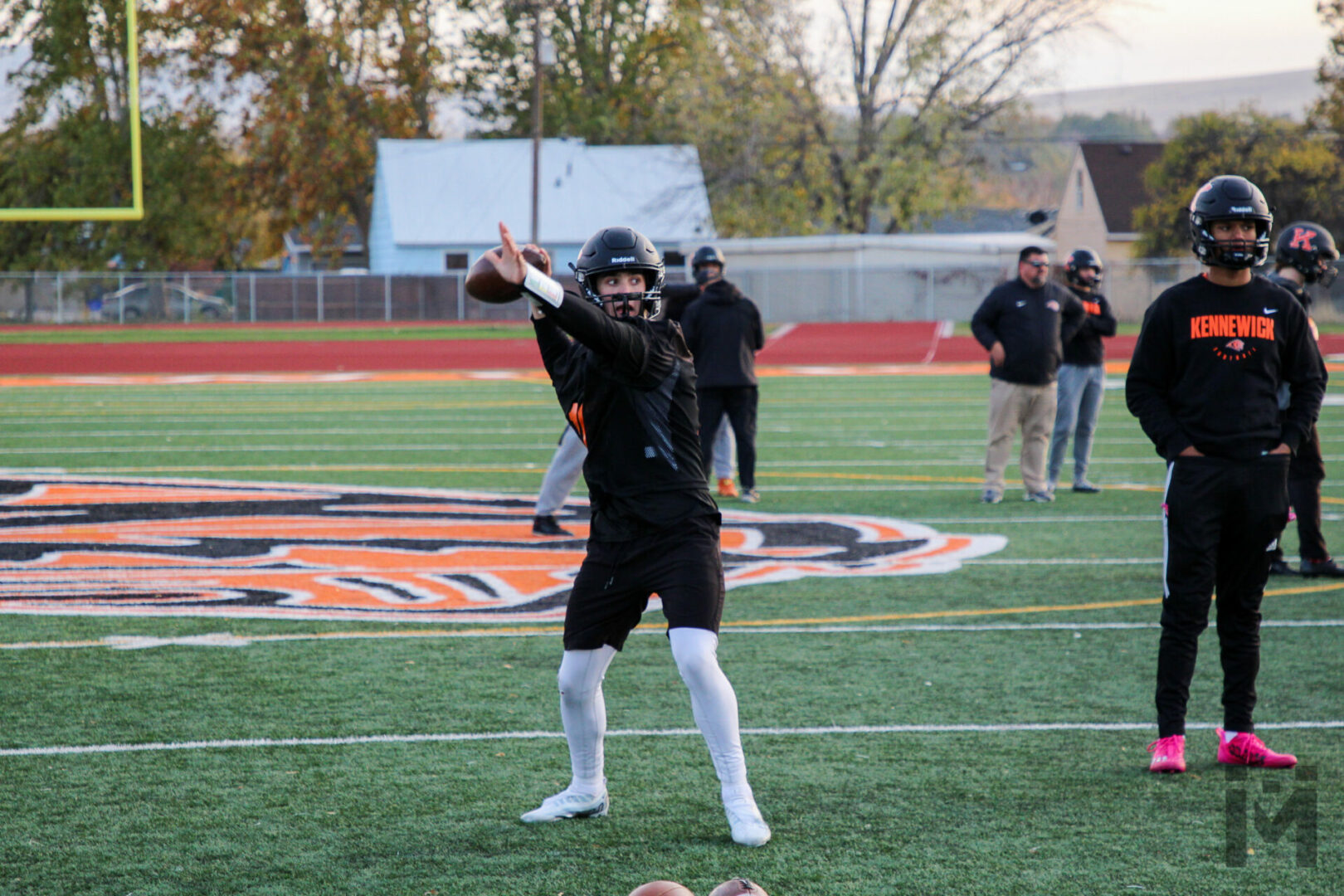 KENNEWICK, WA — A trip to the West Side is a something that the Kennewick Lions are familiar with. In last year’s state playoff run, they had to make the trip three times before their eventual loss in the state championship. This season, the first round starts with a trip over the pass to Memorial Stadium, a place the Lions are familiar with.

“We have a pretty good idea of how to do it,” said Head Coach Randy Affholter.

However, there’s a different feeling this time around. The Lion’s were one spot out of hosting; Dropping one spot after their 9-7 win over Auburn Mountainview in Week 10.

“We got the job done,” laughed Affholter. “It wasn’t pretty. It was ugly, but that’s better than sitting at home. We get the chance to play again, so that’s the positive about it.”

Once again, it’s playoff time, and once again, the Lions have something to prove.