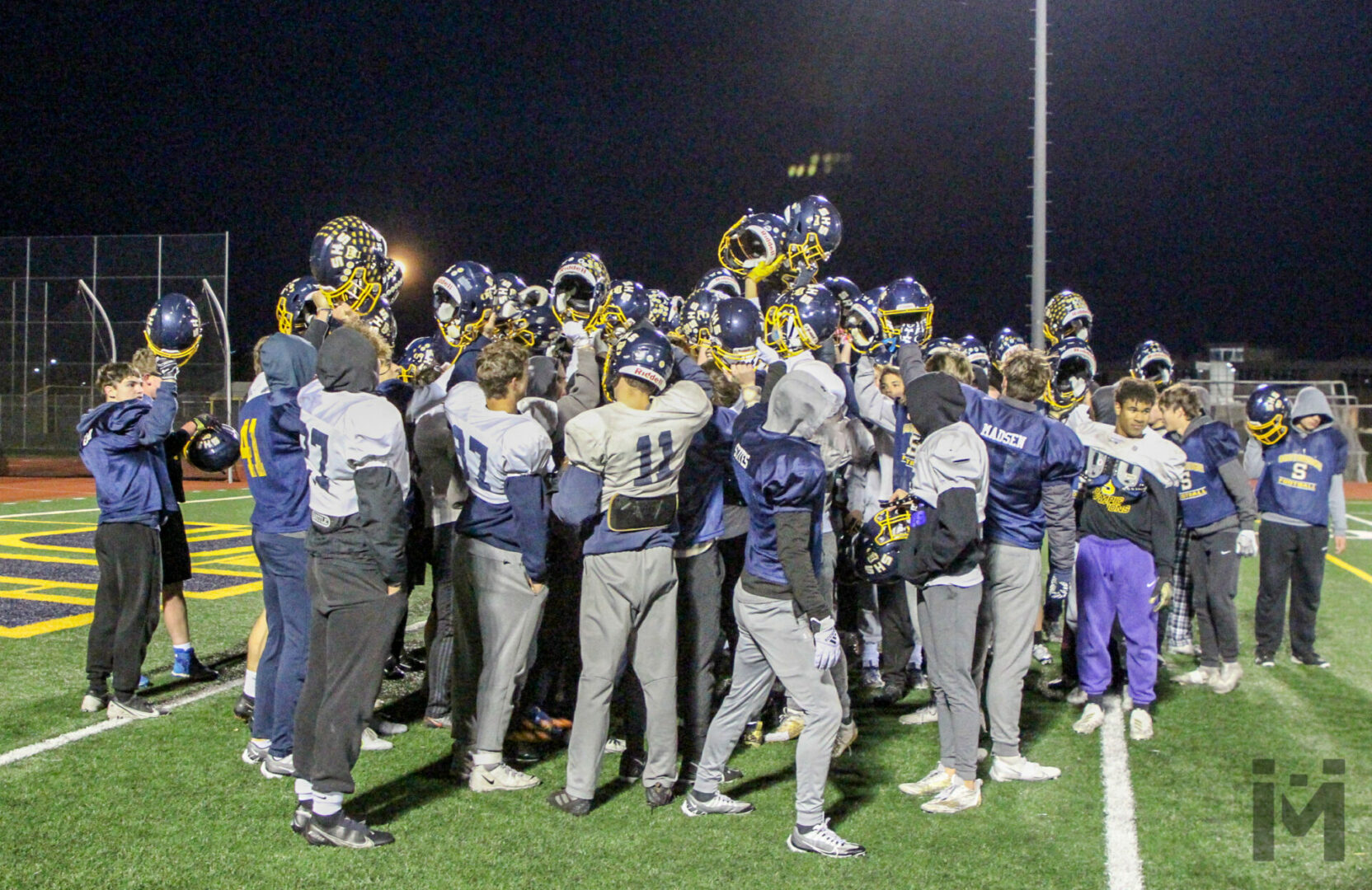 KENNEWICK, WA — Southridge came into this season to prove they could hold their own in the Mid-Columbia Conference, but now are thinking their aim was too low.
“The kids deserve it with their hard work that started back last season,” said head coach Matt Johnson.
They’ve proved they can hang by beating powerhouse Kennewick and bringing both Chiawana (undefeated and eventual league champions) and Richland within one point. The Suns (7-3) finished 5th in the MCC but are second in points for average (34.8) for and third in points against (13.7).
“We’ve had a couple close losses that have made us tougher as a team,” said Johnson, “closer as a team, and we showed that on the road against a really tough Auburn team.”
The Suns now have to fight for a seat at the table in the 3A state tournament. They traveled to Auburn in Week 10, upsetting the Trojans 41-20. Next up in the state tournament, they travel to Yelm to face top-ranked Tornados.

“We’re excited for the challenge. If we want to get to the top, which is where we want to get to,” said Johnson, “we’re going to have to play the best of the best. We’re ready. We’re playing our best football right now.”