Boys Hoops: No. 7 Tumwater Takes Down W.F. West In 2A EvCo Battle 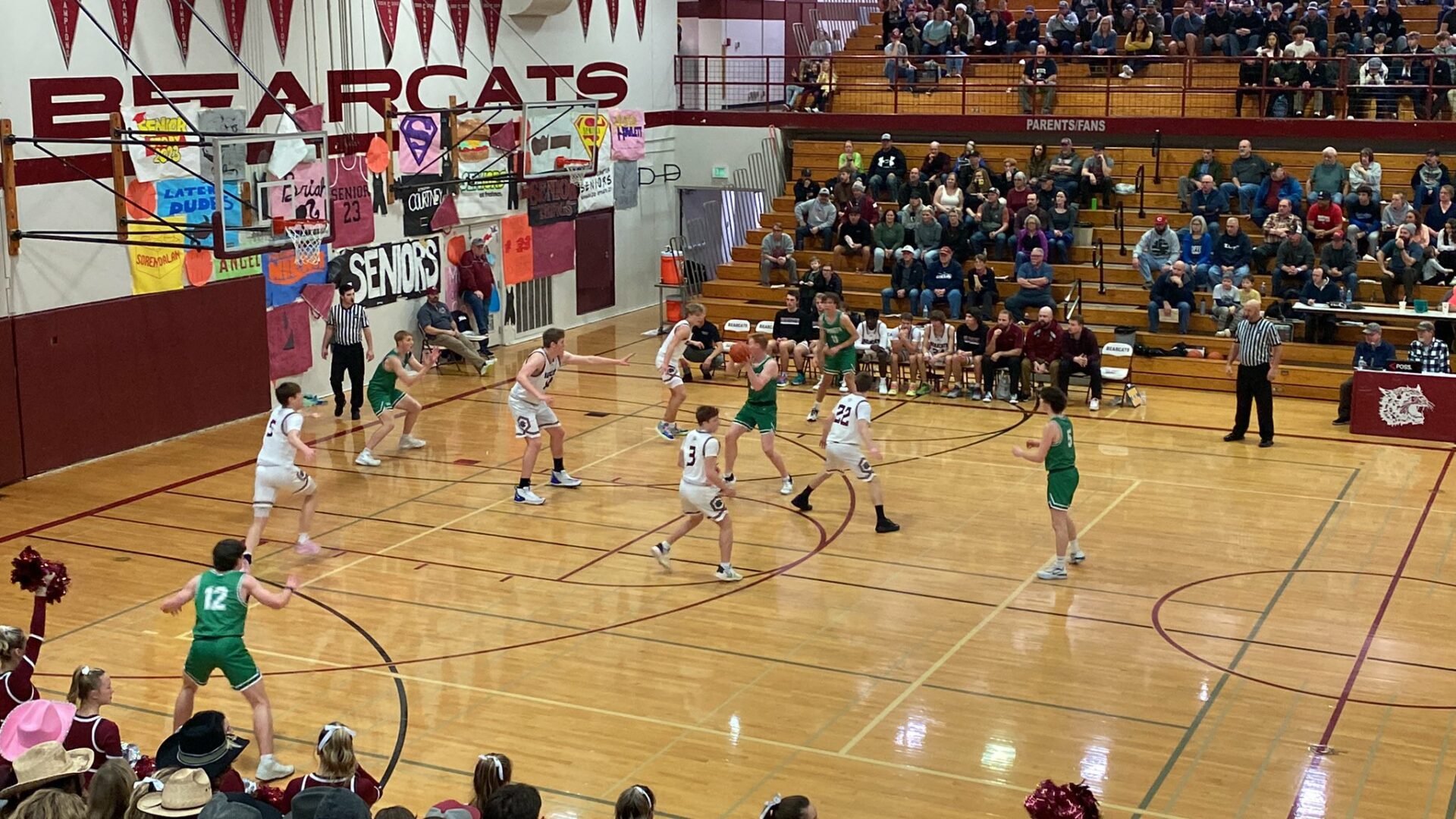 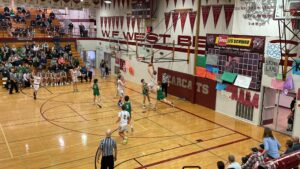 The No. 7 Tumwater Thunderbirds (8-4) were heading into Wednesday’s game looking to win back-to-back games after not doing so in almost a month. The W.F. West Bearcats (8-2) were looking to extend their five-game win streak on their home floor in a critical 2A EVCO battle. Last year, the home team won both games between the two schools, incidentally scoring 54 points in both games. The T-Birds were looking to break that streak and win at W.F. West for the first time since 2017 while the Bearcats had taken five of the last six contests between the two teams.

Both teams came out hot on the offensive end in the first quarter. Shots were falling from everywhere but Tumwater controlled the pace of the opening quarter, using their press defensively to force the Bearcats to pick up the pace. Luke Brewer wasted no time getting to double digits, as the senior sharpshooter had 11 first-quarter points to lead the T-Birds to a 23-17 first-quarter lead. 6-11 big man Soren Dalan was asked to dribble the ball frequently to help break the press and had nine points for W.F. West to keep the Bearcats within a paw’s reach of the T-Birds.

In the second quarter, the T-Birds were led by Brewer once again, and coming off the bench Clayton Morgan provided a spark as both players had eight points in the quarter. After a Dalan three-point play that cut the T-Birds lead to four, Tumwater would end the half on a 13-4 run to take a 44-31 halftime lead. Brewer led all scorers with 19 first-half points but Dalan wasn’t too far behind with 14 points of his own.

Coming out of the break, both teams would clamp down on the defensive end. Tyler Klatush was a bright spot for the Bearcats in the third as he hit three threes but wasn’t able to get much help elsewhere. The T-Birds had an answer for everything W.F. West threw at them. Despite W.F. West outscoring Tumwater in the period (13-10), the T-Birds held a comfortable 54-44 lead heading into the final stanza.

In the fourth quarter, Klatush and Dalan would try to lead the Bearcats on a comeback but they were the only Bearcats to finish the night scoring more than 10 points. For the first three quarters, Tumwater’s only flaw was from the free-throw line, shooting below 50% during that time but would go 6/8 from the line in the fourth. Luke Brewer had another eight-point quarter to give himself 31 points on the night as he proved to be too much for the Bearcats to handle. He hit three triples to add to his school record of career-made threes and had a consistent mid-range jumper that was unguardable for most of the night to lead Tumwater to an impressive 71-58 victory over W.F. West.

Dalan had 22 points and 12 rebounds and Klatush had 18 points with five three-balls for the Bearcats. Andrew Collins for Tumwater chipped in with 11 points, six rebounds, four assists, and two steals. Our Thorbeckes MVP was Luke Brewer for Tumwater. Tumwater (9-4) hasn’t lost to a 2A opponent this season and improved their league record to 6-0 while W.F. West lost their first home game of the season. The two teams will meet later this month on the 27th for act II of this matchup, Tumwater will be looking to sweep W.F. West for the first time since 2017.

No. 7 Tumwater hosts Shelton on Friday as they will attempt to bolster their resume and remain in the top 10 of the AP Poll.

W.F. West will attempt to bounce back and get back in the win column on the road against Rochester on Friday.

You can watch the entire game on the NFHS Network on-demand. Subscriptions are $11.99 per month and gives you access to the entire NFHS Network all across the country to watch the live broadcasts or any on-demand games. Go to https://www.nfhsnetwork.com/affiliates/eli-sports-network to sign-up if you don’t have a subscription or to find the on-demand replay of this game.