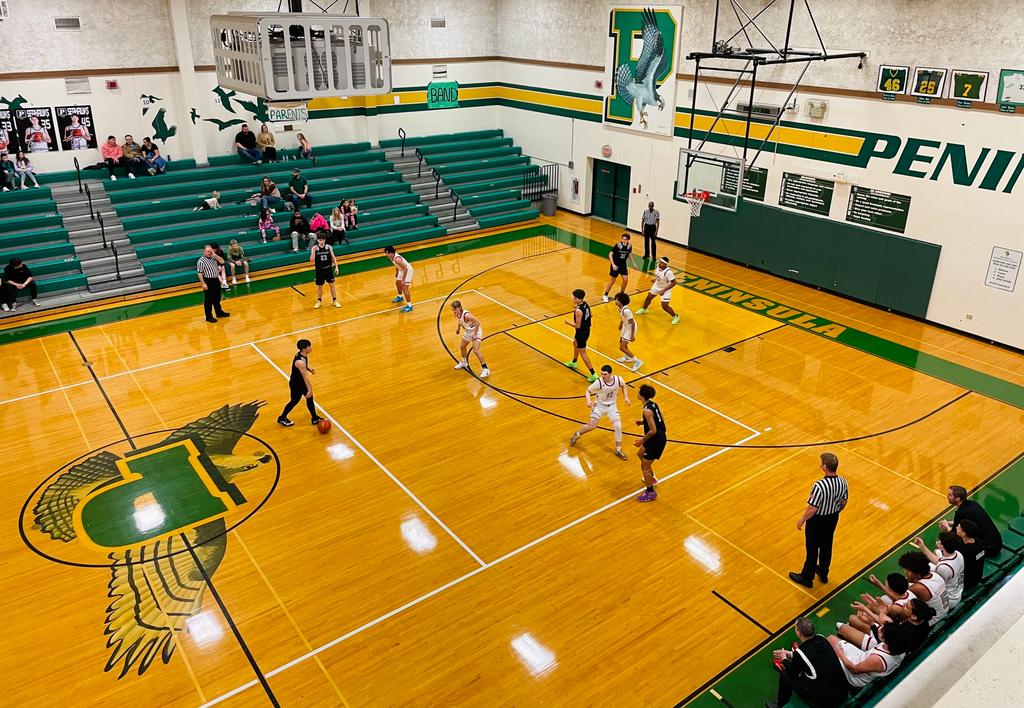 In a game between two teams fighting for to position themselves for the postseason, it was the visiting Yelm Tornados who with earned a massive road win over the Peninsula Seahawks at the Big Barn in Purdy.

The game was as close as it gets as both teams exchanges runs throughout the game and neither team was able to pull away.

Yelm held a 9-8 1st quarter lead, and outscored the Seahawks by 1 in the 2nd frame to go into the locker room with a 27-25 advantage of Peninsula at halftime.

Peninsula though won the 3rd quarter by outscoring Yelm by 4 points to lead 42-40 going into the final quarter.

In the 4th quarter it was Yelm who made a couple more plays, as the Tornados ratcheted up the defensive pressure to force the Seahawks into turnovers that resulted in points to help Yelm to the victory.

Peninsula was lead in scoring by Gabe Sarno with 15, Isaiah Brown with 14 and Cole Bashaw with 11.

The win for Yelm improves the Tornados overall record to 5-9 overall and 4-6 in South Sound Conference play. The win ended a two-game losing streak, while for Peninsula the Seahawks dropped to 4-6 in the SSC and 6-8 overall. The loss was the 3rd straight the Seahawks.

With Capital losing on Friday to Timberline, Capital, Yelm and Peninsula are all 4-6 in SSC and tied for 4th in the Conference with 4 games left in the regular season. The top 5 teams in the SSC qualify for the District Tournament.

Next up for Yelm is an away contest at Capital on Wed, while Peninsula travels to North Thurston on Wed.