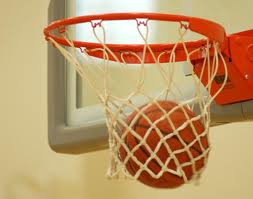 (Gig Harbor, WA) With just 4 games remaining in the regular season in the South Sound Conference in boys’ basketball, the Timberline Blazers (12-4 overall, 10-0 SSC) put their unbeaten conference record on the line when they travel to Gig Harbor (16-1, 9-1 SSC) with first place in the Conference on the line tonight (Wednesday).

Timberline beat Gig Harbor in Lacey 70-56 on Dec. 10, but the Tides have been red hot since by winning 13 straight games including 8 in a row in SSC play. On the other side, Timberline went 2-4 in a brutal non-conference schedule that included losses to top-10 teams in O’Dea, Kentridge and Olympia. The tough schedule appears to have helped the Blazers in conference play since they have dominated SSC opponents, including a 72-43 win on Friday over Central Kitsap on Friday.

There are a lot of great players in the Washington State, but there isn’t a player in the South Sound who is a more prolific scorer than Timberline Senior guard Brooklyn Hicks. the 6’5 Senior guard who is committed to UNLV averages 32 points per game and can score in many different ways; He hit 7 3’s, 6 in the first half against Capital on Friday. Earlier in the season he scored 50 points against Central Kitsap and poured in 25 against the Tides in December. He has scored at least 20 points in every game besides a holiday tournament game where he scored a season low 16 against Central Catholic of Oregon in December. Gig Harbor will put a lot of focus defensively on slowing down Hicks, but Timberline also gets good production from Darryl Gipson (10.1 PPG) Kenyon Simmons and Alex Tichenor. Cedric Ragland can provide a boost defensively while chipping in offensively as we

For Gig Harbor, the Tides return their top scorers from last season in Luke Browne (20 PPG) and Will Landram (16.4 PPG) From a defensive standpoint, Christian Parrish is the reigning defensive player of the year in SSC and continues to cause havoc defensively with steals for the Tides. KeVaughn Harvey is also known for his outstanding defense, and it will be interesting to see who matches up against Hicks defensively.

Last season, Gig Harbor and Timberline shared the SSC championship by splitting the season series, but the Blazers can almost salt away the Conference title by beating the Tides in Jon Gorrow Gym on Tuesday. A win for Timberline would snap a 3-game losing streak in Gig Harbor for the Blazers dating back to 2018.