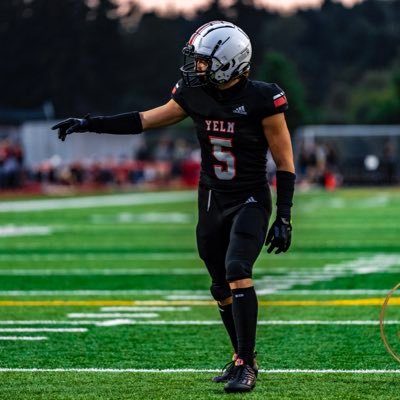 A Yelm High School football star that helped the Tornados win the programs first ever State Championship announced on Monday that he has lost his scholarship from a Division-1 University in the Northwest.

Kyler Ronquillo is a 3-star recruit in the class of 2023 and originally committed to Portland State University of the Big Sky Conference of Football Championship Subdivision (FCS) on July  20th 2022. Ronquillo announced via Twitter on Tuesday afternoon new developments in his recruitment and an update to his followers.

“Sadly, Portland State will not be honoring my commitment, and I have lost my scholarship and roster spot,” Ronquillo said. “My recruitment is now completely open.”

Eli Sports Network reporter Alex Benzegala contacted the Portland State University athletic department and left a message for the football department regarding the details of the situation, but as of the release of this story, ESN has not heard back from the University.

Ronquillo is a 2-time South Sound Conference MVP, has a 3.95 GPA and was a two-way starter for the Tornados as a defensive back and wide Receiver. In the state championship game on December 3rd against Eastside Catholic, the Senior caught the game winning touchdown by stealing the ball away from a Crusader’s defensive back with under a minute to go in the 4th in what some observers argue is one of the greatest plays in WA high school football history.

Ronquillo has a division-2 offer from Central Washington University in Ellensburg and also recently picked up a Preferred Walk On offer at the University of Washington on January 18.

This is a developing story, check back in with Eli Sports Network when Ronquillo announces his college commitment and if any further details become available.