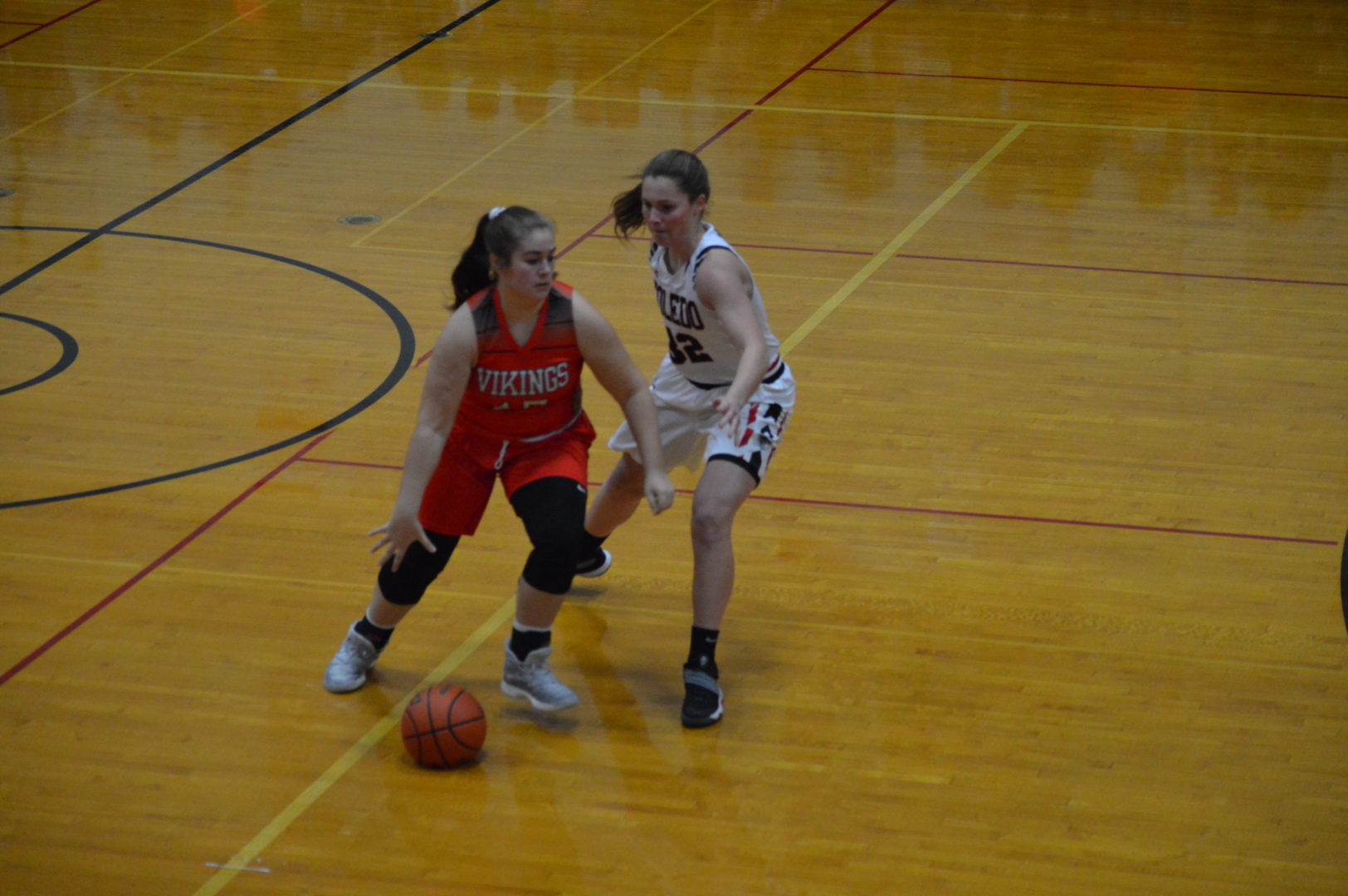 (Toledo, WA) The Indians knocked off the Vikings Wednesday night with a stingy defense over the first 16 minutes. The lock down D held Mossyrock to just 6 in the 1st and 7 in the 2nd.  The Toledo offense was also on right at the start of the game taking a 12-7 lead. Many of the shots came off the defense with some fast break opportunities. The Tribe stretched the lead to 10 at the break.

Mossyrock would finally find a little offense in the 3rd quarter and put a dent in the double digit lead scoring 10 while holding Toledo to 7 and it was a 7 point deficit. The Indians then doubled their 3rd quarter output while again holding the Vikings to just 10 to pull away in the 4th quarter for their 1st win of the season.

Brian Layton, the new Toledo Head Coach , was pleased with his program’s first win and looks to build off this effort. Kal Schaplow led the Indians with 12 points including a key jumper that virtually put the game away in the 4th. Stephanie Fried topped the Vikings with 7.

Our Pacific Sports Spa Players of the Game were Rylan Richardson for Toledo and Ava Nelson for Mossyrock.