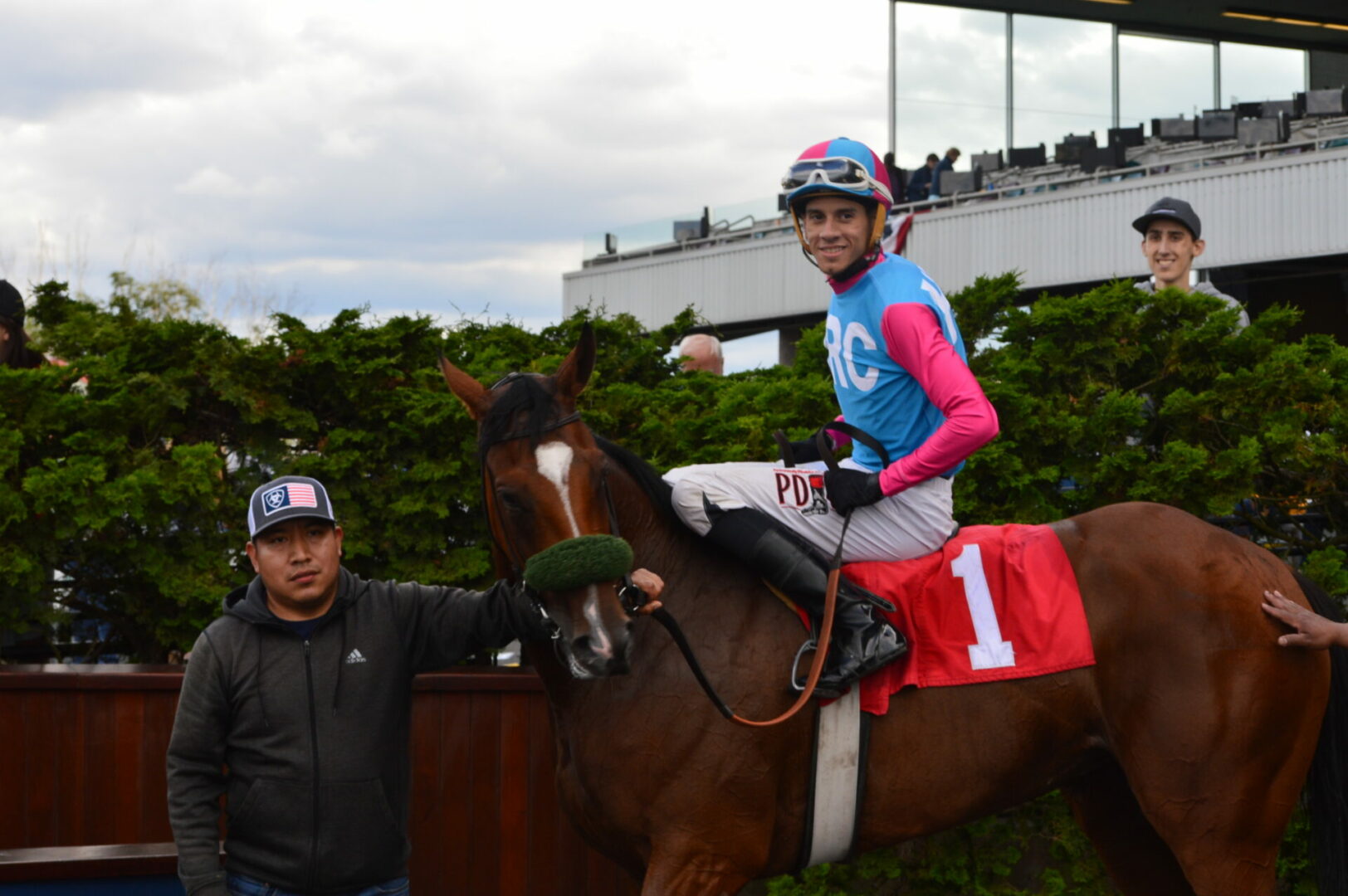 Alex Cruz dropped to #2 last week and he quickly turned that around to re-take the top spot! Here is our 10th edition of the Emerald Jockey Power Rankings: 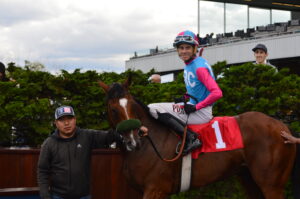 The 2-time defending Champion is putting the pressure on the others extending his lead in standings winning 6 races pushing his total to 50 wins, 9 in front of Kevin Radke. Cruz finished the week 6-4-5-1 from 20 starts which is a 30% win clip, 75% in the top 3 and 80% in the superfecta’s.

Juan Gutierrez nosed out Kevin Orozco for our 3rd spot because of the nose difference in the Irish Day Stakes that Gutierrez won over Orozco. Gutierrez was 3-5-3-6 from 22 starts. A 14% win rate, 50% in the trifecta and a top 4 percent of 77%.

Kevin Orozco had a very good week and may have been a bit motivated as he will have to sit out on Friday night serving a 1-day suspension for the new crop rule infraction. Orozco won 4 and just missed 2 more wins in the Irish Day Stakes on Executive Chef and then in the Sunday finale losing both by a nostril. Orozco rode 18 races and was 4-5-1-4 for a 22% win percent, top 3 finish of 56% and was part of the superfecta 78% of the time.

Javier Matias had one off week but is right back what a longtime veteran does and that is to be extremely consistent. Matias had 1 win, 1 place, 4 shows and 2 4ths from just 11 rides. His win percent was just 9% but top 3 finish was 55% and top 4 finish 73%.

Eddie Martinez is up 1 spot this week doing so on the strength of getting a pair of wins. He had the same number of mounts as the week before with 8 but placed 5 times and had no wins. This week he won twice and showed twice for a 25% win clip, and 50% top 3 and 4 finish.

Jose Zunino was hurt a bit by having to sit out on Friday night for a 1 day suspension of the new HISA rules which cost him chances to ride. He did get 8 mounts but did not get a win and placed once and showed once from 8 mounts.

This week we only went 8 deep as there were just no other riders that did enough to get on the rankings. It is a tough colony with limited chances so it will be increasingly tough for riders to shine on a regular basis.

Alex Anaya has been dealing with some health issues and rode 4 on Friday but just 1 on both Saturday and Sunday. We checked in with Kassie Guglielmino’s agent Aldo Matias and he says she is coming along in her recovery from a broken leg from a spill earlier this season and is now in a walking boot. Tiago Pereira was the latest jockey to visit from Southern California and rode 5 times trying to poach some wins but found out that is not an easy undertaking as he ended up with only a pair of 4th place finishes.

A new rider is set ride on Friday night who just got his career started at Grants Pass earlier this month. Oracio Muro has a couple of rides for trainer Rigoberto Velasquez on Friday night. Also returning to the saddle at EmD is James Wooten, he has rides over the weekend as well.