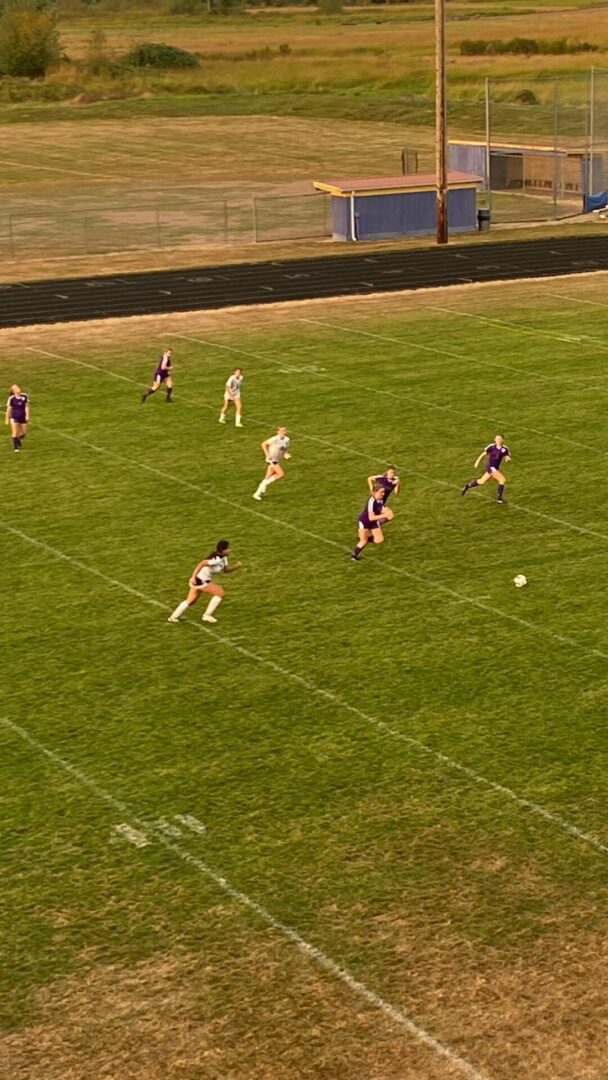 (Onalaska, WA) There were a lot of new faces taking the field for both the Napavine Tigers and Onalaska Loggers in their non-league girls soccer matchup on Wednesday night in Onalaska. Only two seniors were on both rosters combined and the Tigers had no juniors while the Loggers only had four. So a lot of young talent was on display and the solid defense of the Napavine Tigers would protect their one goal lead for the entire second half as the Tigers held on to defeat Onalaska 2-1.

The opening half started with both teams looking to possess the ball and feel out one another. Both teams had young goalies in Hailee Brown for Onalaska and Taylen Evander for Napavine. Onalaska would miss a goal by a hair on a shot by Kaiyah Sandridge that hit the top crossbar and came down but never broke the line for a goal. The Tigers would then strike in the 7th minute. Their lone senior, Dani Tupuola would break through. After a short dropkick, Tupuola would pounce on it and fire in a shot from just outside of the 18-yard box to put Napavine out in front 1-0.

Napavine’s defense looked extremely impressive all throughout the match. Freshman Maya Kunkel looked like an experienced senior by leading the defense and communicating extremely well. The rotations were also important with the aggressiveness of Onalaska’s Brooklyn Sandridge. Kunkel, Emma Stewart, Clara Fay, and Ellie Gilbert knew when they needed to slide out of position to help fortify the defense which is something that normally takes time or great communication. They constantly stopped Onalaska attacks and made the Loggers settle for tough shots.

Tough shots would not stop Onalaska from finding their equalizer. In the 25th minute, Yuliana Escalera had a cross denied and sent right back to her. She would try to cross it back in for her teammates to go on the attack. What started out as a great cross turned into an incredible shot as the ball faded over the head of the Napavine keeper and into the net. Not only did Escalera have a highlight reel goal, but she had evened things up at 1-1.

Most of the remainder of the half took place in the middle third with both teams having occasional attacks to try to find the lead going into halftime. It would be Napavine that would eventually have a successful attack. Dani Tupuola would win a goal kick and get a pass off to freshman Hayden Kaut. Kaut would beat a defende3r and fire in a perfect shot from just outside of the 18 and put it right over the top of the Onalaska keeper to put Napavine back out in front at 2-1. That would be the score headed to halftime. 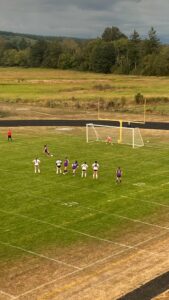 Emma Stewart and Maya Kunkel were the story of most of the second half. The two defenders frustrated the Logger attack and denied anything from getting to the middle of the field for a shot opportunity for Onalaska. In the 57th minute, the Tigers would be called for a foul inside the penalty box to give a penalty kick to Onalaska. The 2021 first team all-league forward Brooklyn Sandridge stepped up to try to even the score. Taylen Evander would come up with a massive save as she didn’t commit to one side and would leap up to catch the Sandridge shot and keep Napavine in front 2-1.

Onalaska would only manage a couple more good looks but the stifling Napavine defense would fend off those attacks. The Logger defense led by Kate Zandell and Jaelyn Auman put a stop to some good opportunities from Napavine as well. Onalaska keeper Hailee Brown would come up with four saves in the game to keep it 2-1. The Tigers would just play for possession to wind out most of the second half clock and the Napavine Tigers would walk away with the 2-1 victory.

Our Thorbeckes MVP of the match was Napavine goalie Taylen Evander. Evander had five saves in the match including the potential game tying penalty kick. The confidence grew and Evander would be aggressive in attacking the ball once it got inside the 18 and never hesitated when deciding when to attack the ball and when to let her defense clear it out.

With the win, Napavine moves to 3-0 on the season. The Tigers will be tested in their next match on Monday night as they host the reigning 2B state champions in the Kalama Chinooks. Onalaska drops to 0-1-1 and they will look to get their first win of the season on Saturday when they travel to take on the Hoquiam Grizzlies.

If you want to watch the replay of the match you can do that on the NFHS network On-Demand. Subscriptions are $11.99 per month and gives you access to the entire NFHS Network all across the country to watch the live broadcasts or any on-demand games. Literally hundreds of thousands of hours of game content. Go to https://www.nfhsnetwork.com/affiliates/eli-sports-network to sign-up if you don’t have a subscription or to find the on-demand replay of this game.

Onalaska Ties the Match With a Fantastic Goal