HS Football: Crossover Week! 2A and 1A Results 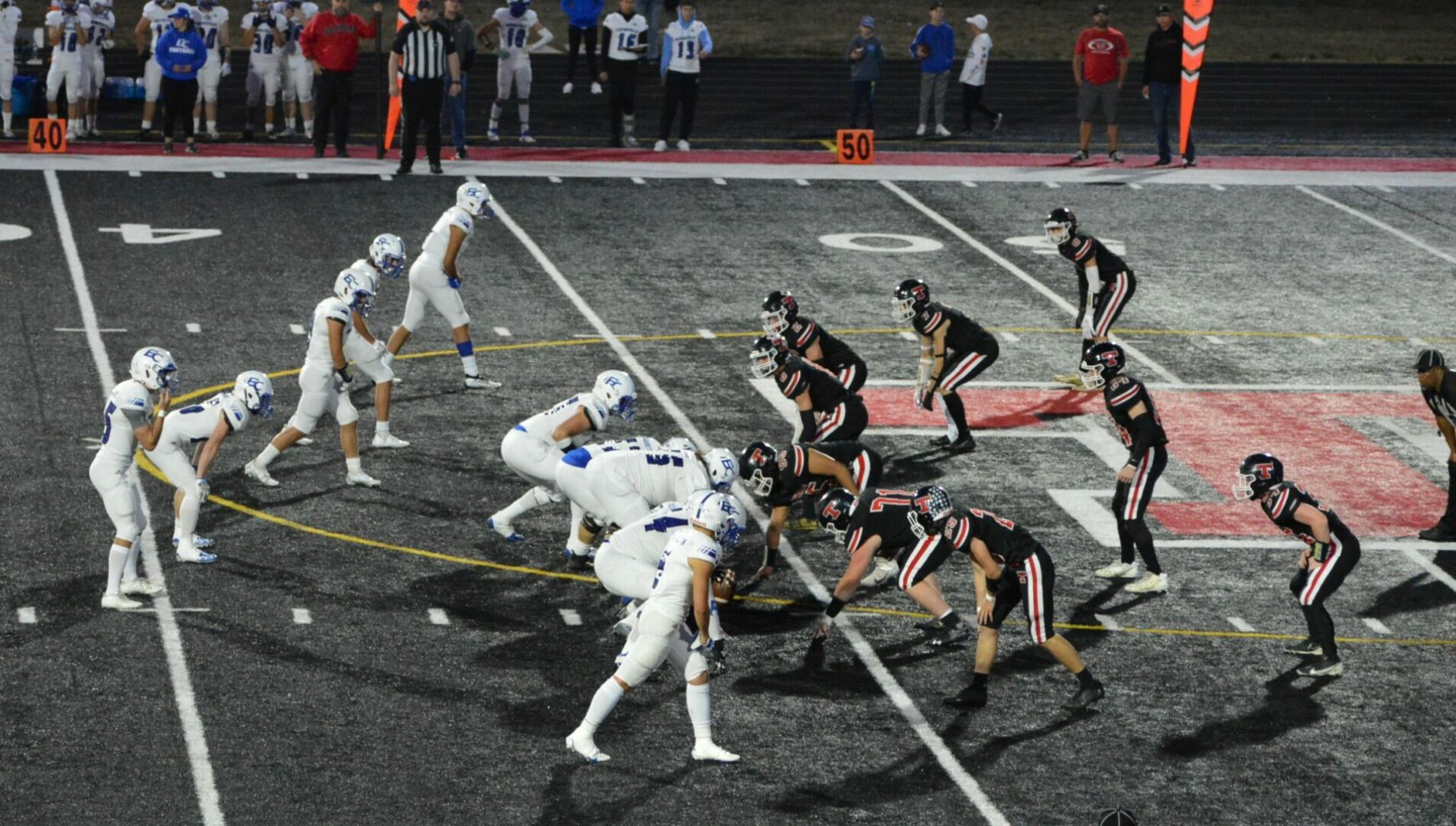 Here are the final scores from the 2A and 1A Crossover games with the winners moving on to the State Tournament and losers out. We have added some limited re-caps and  or video highlights on the games ESN covered and those are at the bottom of each list.

Tumwater 35, Ridgefield 14
The T-Birds were not taking any chances and came out pounding the ball but mixed in enough pass to keep the Spudder defense off balance. Tumwater built a big 1st half lead and Ridgefield could not dig their way out of that hole. T-Birds went to a swing pass for a quick 2nd TD to begin the game.

WF West 34, Woodland 7
WF West beat Tumwater for the 1st time in years to win the EVCO 2A league title and were not about to waste this year for a 1 game win. The Bearcats came out on a very wet field and pounded the ball on the ground. Gage Brumfield scored a quick pair of touchdowns to build an insurmountable lead.

Gage Brumfield powers in for his 2nd TD

Tenino 54, King’s Way Chr 0
Kyson Knox led the Beaver scoring barrage with 3 touchdowns. Tenino jumped out to a 40-0 lead at the half and never looked back. Also racking up yardage and points for Tenino was Randy Marti, Tristan Whitaker, Austin Gonia and Brody Noonan.

Kyson Knox with his 3rd score of the 1st half