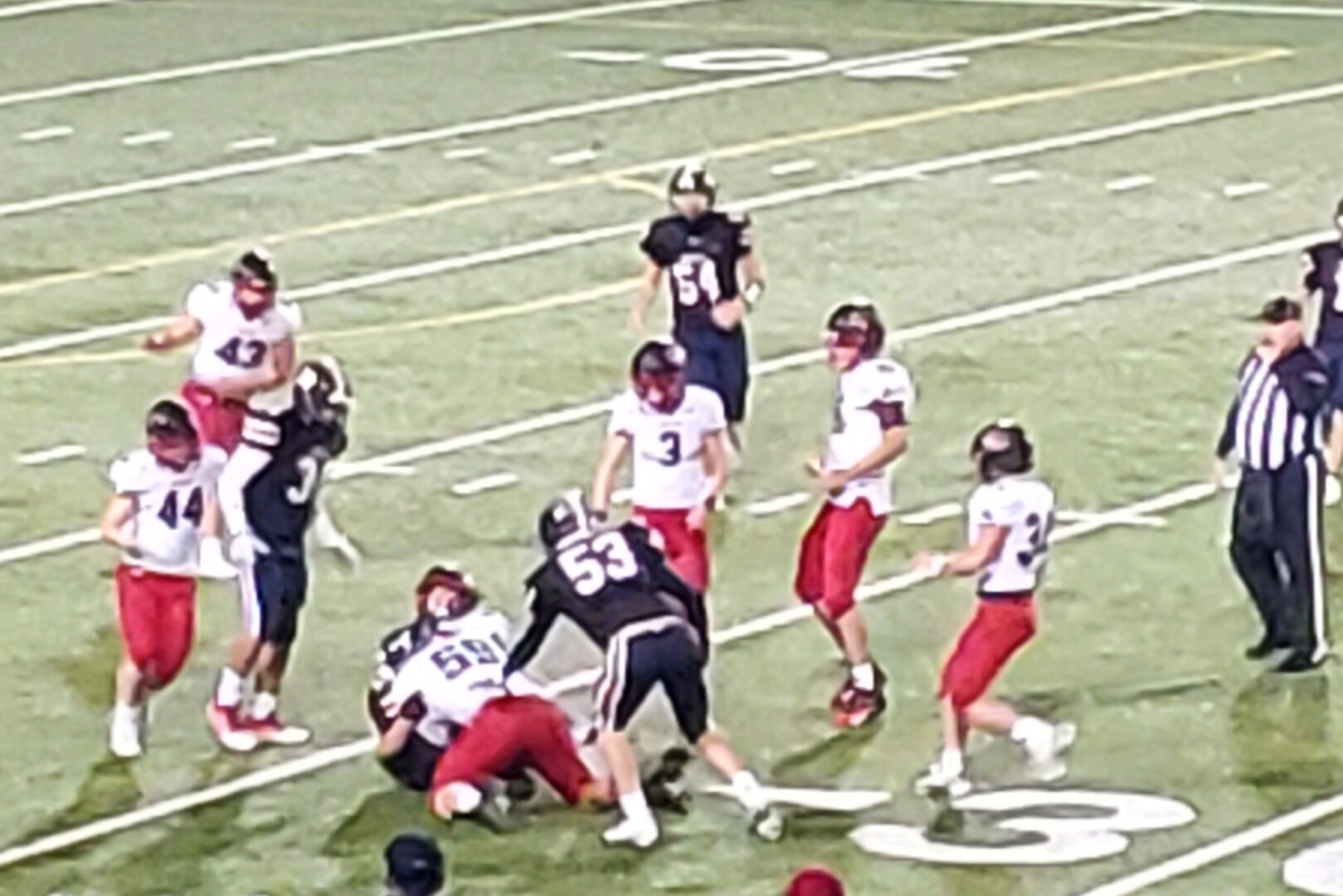 For the past decade plus, the Tumwater Thunderbirds have been in control of the Evergreen 2A conference with the exception of 2018 when Black Hills took the league title. This year, it would be the WF West Bearcats taking the crown for the first time since 2009 with Tumwater still rolling into the crossover round with the #2 seed. After that, things are still a little bit foggy with just a week left of the regular season.

Below is the scores from last week, the current standings and next week’s schedule plus our game coverage of the Black Hill’s win over Shelton from last Friday.

The Shelton Highclimbers came into Tumwater District Stadium to take on the Black Hills Wolves. Both teams came in with a 2-2 EVCO 2A record.

The Highclimbers got the opening kickoff and went on a 9 play drive that would stall at the Black Hills 34 yard line where they would turn it over on downs. The Wolves would answer with an 11 play drive of their own ending in a Tanner Parkinson 21 yard field goal that would be the only points scored in the first quarter. 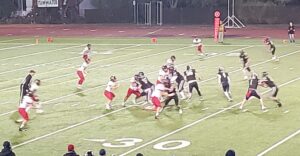 Black Hills scored with 9:29 to go in the 2nd quarter with a halfback toss from Johnny Stallings to Tanner Parkinson from 13 yards out. Parkinson would hit the PAT to make it 10-0. Shelton scored on their next drive on a Brad Tiller 1 yard run out of the wildcat. The Wolves answered with a 2 yard touchdown run by QB Jaxsen Beck the point after was no good making it 16-7. The Highclimbers turned to the ground game but ended up losing a fumble with just under 2 minutes to go in the half. The Wolves ran the clock out and led by 9.

After a 3 and out, Shelton scored 6 plays later on a 7 yard run by Brad Eleton and the Highclimbers pulled within 2 after the PAT. Black Hills responded and went on an 4 minute 11 play drive with Stallings running it in from a yard out. The PAT was bobbled but the holder Xander Shepler rolled out and found Stallings in the endzone for the 2 point conversion. The Highclimbers hit pay dirt in just 2 plays after getting the ball back when QB Mason Goos hit Gabe Menefee in stride for a 27 yard touchdown.

Black Hills answered and scored on the first play of the 4th quarter with Stallings running in his 2nd touchdown of the game this one from 4 yards out to give the Wolves a 31-21 lead. Shelton’s next drive ended in a blocked punt and the Wolves taking over on the Shelton 26 yard line. Five plays later Beck would throw a 6 yard touchdown pass to Maddox Hodge for a 17 point lead. The Highclimbers did not give in and went on an 11 play mainly thru the air but ending with a Brad Eleton 3 yard touchdown rush. Shelton forced to onside kick and did it perfectly with Eleton recovering right on the 50 yard line. Mason Goos got the ball back to his favorite target Gabe Menefee 4 plays later for a 26 yard touchdown pass and bringing the Highclimbers within 4 points at 38-34. The Wolves recovered the next onside kick attempt only to go 3 and out but only left 48 seconds left on the clock and Shelton at their own 18 yard line. The Highclimbers would run 3 plays but come up short in the end.

Black Hills moves to 3-2 in League play and Tumwater on the schedule next. Shelton falls to 2-3 in EVCO 2A play and host Aberdeen in a must win final game.

Johnny Stallings was our Thorbeckes MVP with 146 rushing yards, 90 receiving yards, a 2pt conversion reception and a touchdown pass.

The Wolves push their lead to 17